Antinous (2) in Naples, and some contemporary versions

Other beautiful Antinoüs sculptures are displayed in the Archeological Museum of Naples, in the Farnèse collection. 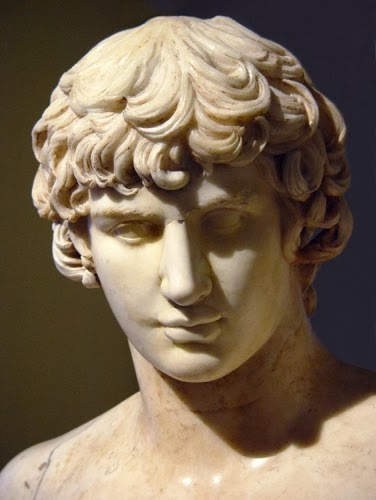 This sculpture face has been used extensively in many media, being paintings, drawings, book covers. 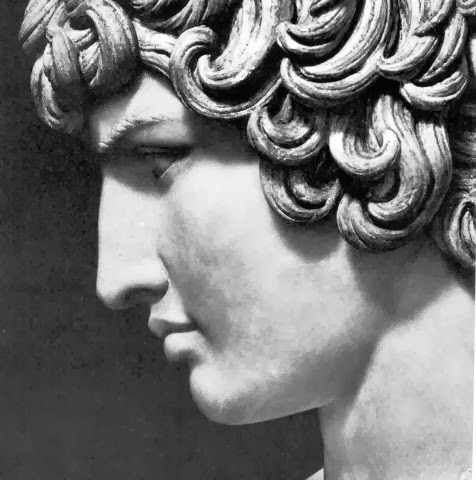 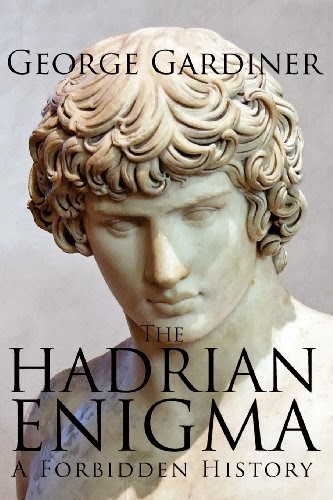 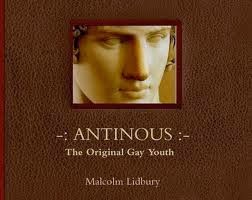 Currently working on another male couple sculpture, I will not post pictures of a new personal work before some time. So, lets discover other ones!

A tout seigneur tout honneur ! We will start with Antinoüs, probably the most sculpted young man ever, despite the fact he was neither a Statesman nor a philosopher, but simply who was loved.
(Marguerite Yourcenar, in Mémoires d'Hadrien : "alors que son visage, ne fut ni celui d'un homme d'Etat ni celui d'un philosophe, mais simplement qui fut aimé'''.

Everything is said. Antinoüs became in spite of himself a gay icon.

To make a short story : the Roman Emperor Hadrian fell in love with Antinous, who joined him on many trips (Italy, Greece, Egypt). Antinous drowned in the Nile at 20. Mad with grief , Hadrian founded Antinoopolis. And through the Roman Empire, many cities erected statues in honor of Antinous and a cult developed in favor of the 'god' Antinous, as well as the construction of temples in his honor. This cult was extremely developed, and the last one before Christianity.
From the hundreds of interpretations in stone, besides painting or drawings, we will only retain those that move us the most. And also those who are perhaps less known but important.

The one below is from the Vatican museum - The sculpture was reportedly found in Palestrina. White marble. First 3 photos by S. Sosnowskiy. 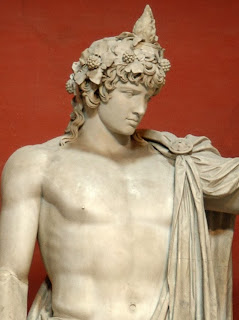 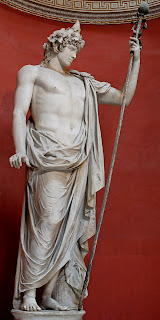 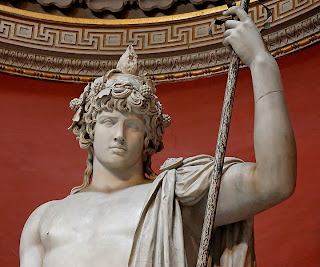 Marguerite Yourcenar's Mémoires d'Hadrien was very present in my mind while preparing this Antinoüs series, together with other sources that will be summarized at the end.

So I will dare to share a little family souvenir: surprisingly both my grandfathers have maintained a small correspondence with Marguerite Yourcenar (without colluding one suspects). One of them even had the privilege (?) of helping her to 'strip' at his home (and it took some time given the amount of buttons!) before she put on her official coat for her entrance at the 'Academie Française'. She was the first female member to be elected at the French Academy.

Next month we celebrate the 25th anniversary of her death, December 17, 1987. 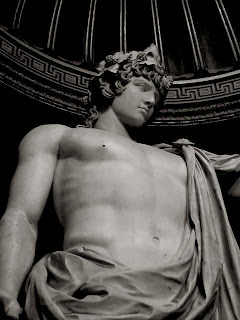 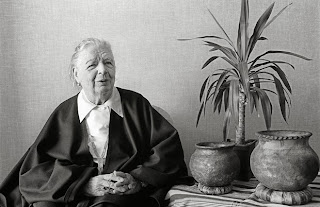