Another example of African-American artist who expressed some homo eroticism at least in some part of his work is James Richmond Barthé. 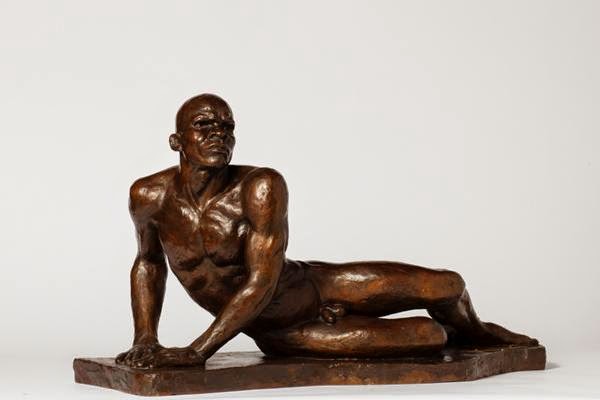 He was certainly not openly gay (born in 1909), but when he arrived in Harlem aged 20, he soon got several gay friends, who persuaded him to express gay love or male beauty in his art. which he did for 10 years. Indeed he sculpted several African-American men, nude, or in sensual attitudes.
But expressing it, may have been an obstacle at that time to pursue a great career as artist. 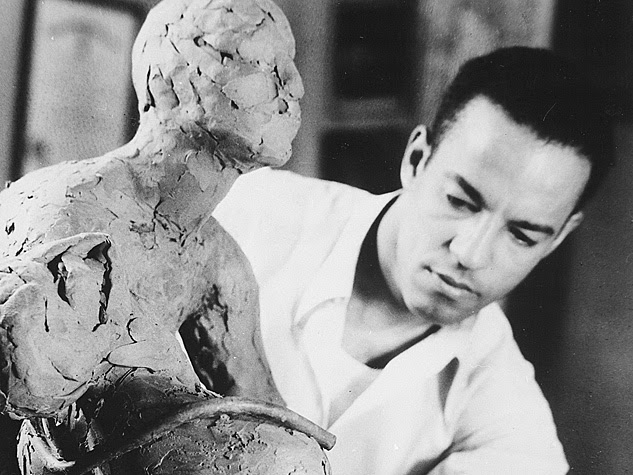 Below are some extracts of his interesting biography published in Advocate.

''Barthé was born to Creole parents in Bay St. Louis, Miss., and his art brought him out of poverty. A beautiful, bright boy, he was already winning awards for his drawings by the age of 12. Inspired by the neoclassical art he saw in the homes of the wealthy folks he worked for as a houseboy in New Orleans, he developed a lifelong interest in Greek and Roman mythology.'' 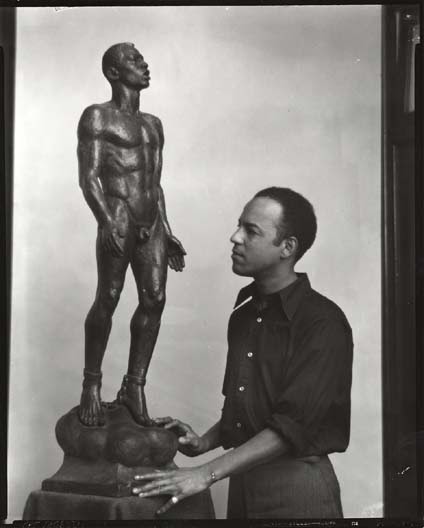 ''Funded by his local church, he attended school at the Art Institute of Chicago and began to have adult affairs with men who sometimes became patrons. He also had a brief affair with author and actor Richard Bruce Nugent, who was a cast member in Dubose Heyward's play Porgy.'' 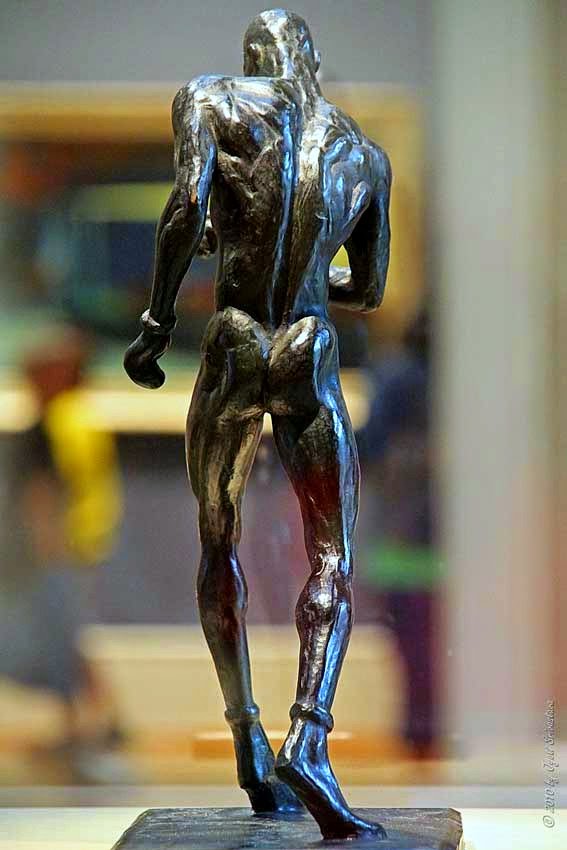 ''In 1930 he relocated to New York and attended A’Leila Walker’s “Dark Tower” gatherings, known as a venue where black and white men and women, often gay, mingled. The photographer and writer Carl Van Vechten was deeply involved with the black community of New York in the '30s and was an ardent supporter of Barthé's work. His reputation grew and his work was included in a 1935 exhibit of African-American art at the Museum of Modern Art.'' 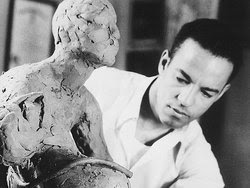 ''He had success and fame. He even had a female patron who set up a trust for him that gave him the freedom to work without financial worries. But he was still an outsider in many ways. He was not a part of the white art world, and his uncompromising homosexuality kept him distanced somewhat from other artists of the Harlem Renaissance. His love life was a series of short affairs that never developed further.''

''In 1975 he moved to Pasadena, Calif., and a year later curators at the Los Angeles County Museum of Art included his work in “Two Centuries of Black American Art.” The attention to his work, the growing respect of a younger audience to artists of the Harlem Renaissance, and the support of his friends brought Barthé stability once again. He lived out his later years as a treasured part of the art community, dying in Pasadena March 6, 1989. ''

Barthe, maybe because he could not attend a New Orleans art school as a teenager because he was black, (and hence went to an art school in Chicago), and also with his Mississipi background, admired the figure of Toussaint Louverture, abolishing slavery in Haiti in 1801. He made several sculptures about him. Below is a picture of the largest one, 40 feet high, which was to be erected on the Champ de Mars facing the National Palace in Haiti capital, Port au Prince. 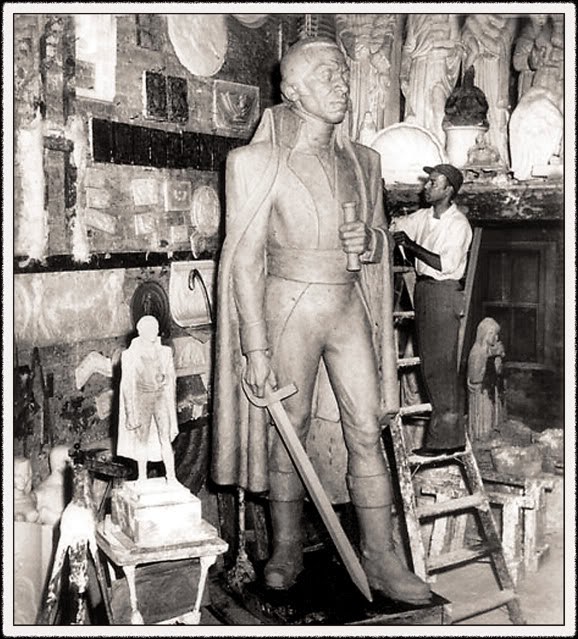 The Awakening of Africa, whose picture starts this post, was made in bronze in 1959 and is one of Barthé chefs d'oeuvre. You can see another angle of that sculpture on the cover of Sculpture Review magazine (Spring 2011 edition). That edition is focussed on African American Sculpture and key African American figurative sculptors. 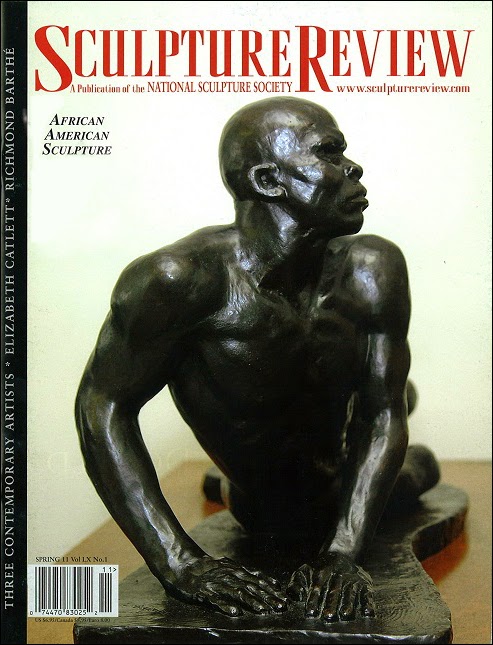 One of the article in that edition (Young, Gifted, and Black Between the Wars - Richmond Barthé’s Manhattan Years) was written by Margaret Rose Vendryes.  She also wrote the book ''Barthé : A life in scupture''.  Indeed during 20 years she was close to the artist, from when he just arrived in New York / Harlem until 20 years later. 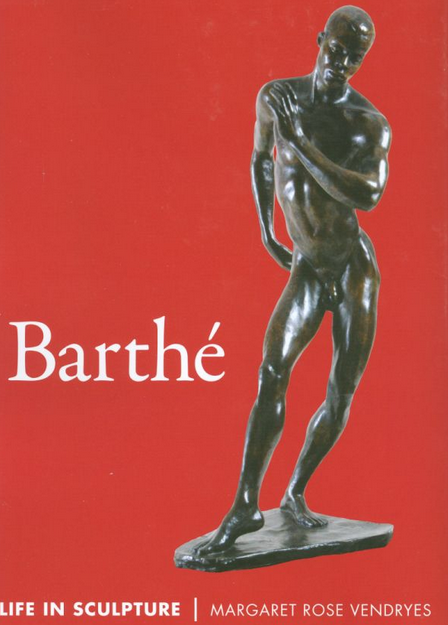 Blog of Art Now and Then

Here is a video of Barthe sculpting a dancer.
Posted by J-Chris at 8:34 PM