In many countries, September is the period when children go back to school...  Today's beautiful sculpture aims to encourage them to study the arts, with Antonin Mercié 'Génie des Arts' large haut-relief, visible at the Guichet du Louvre in Paris, facing the river Seine. 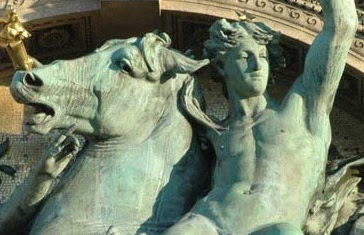 Génie, in terms of sculpture, or painting, describes a kid with wings, in this case he is sitting on the Pegasus winged horse. Sometimes the feet are covered with foliage ('rinceaux', in French). 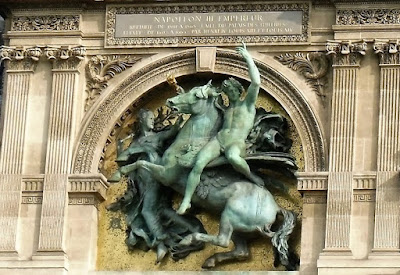 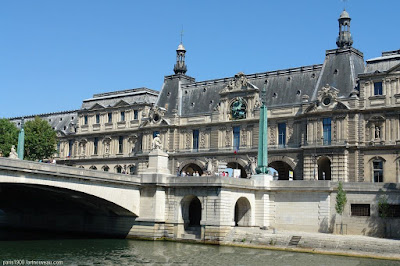 This sculpture, made in 1877, replaced a Napoleon III sculpture from the sculptor Antoine-Louis Barye. (There is a similar sculpture on the Jules Michelet tomb, visible at the Père-Lachaise cemetery in Paris). It is made in hammered copper. 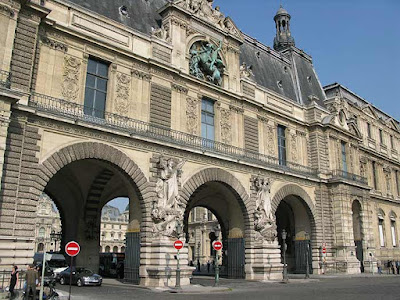 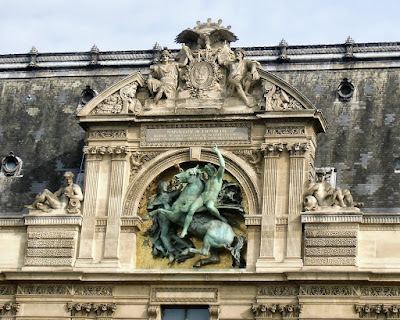 Antonin Mercié (1845-1916) was a famous French sculptor, who received the Prix de Rome in 1868 (when he was 23 years old!). He made a famous 'David' bronze sculpture (edited at 100 copies, the large one is visible at the Orsay Museum in Paris. He sculpted the Arago monument in Perpignan, a marble sculpture for the tomb of the wife of Charles Ferry, called 'Souvenir'. And several other monuments, for Jules Ferry, Meissonier, Louis Faidherbe, Adolphe Thiers,  and a 'Regret' sculpture for Alexandre Cabanel tomb. And also a large stone sculpture called 'Justice'...

Below, photograph of Antonin Mercié in his studio (115, boulevard Saint Michel Paris). 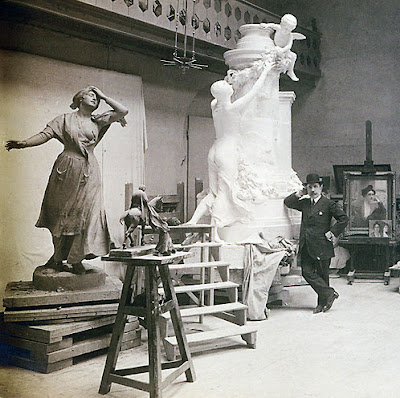 Mercié was also a painter, one of his famous painting being the Michel Angelo studying anatomy (1885). He was one of the teacher at the Ecole des Beaux Arts de Paris, for both drawing and sculpture. He became President of the French Artists society in 1913.He is resting in Toulouse, at the Terre-Cabale cemetery. 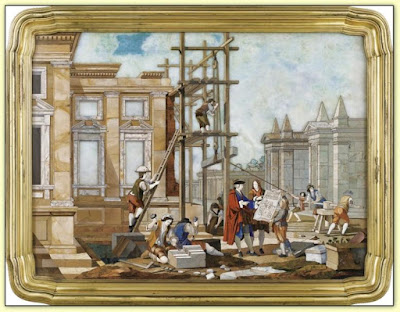 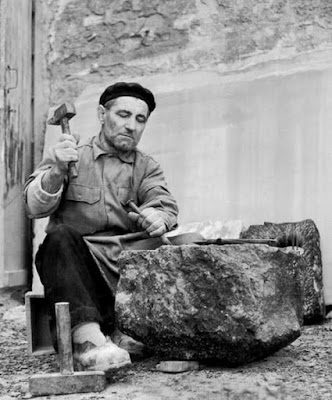 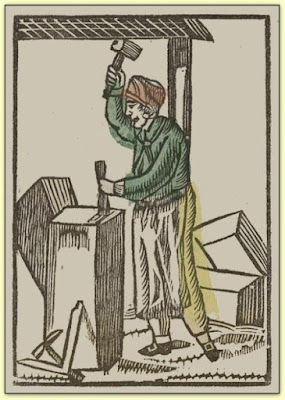 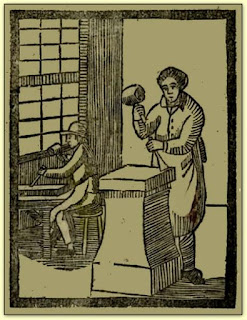 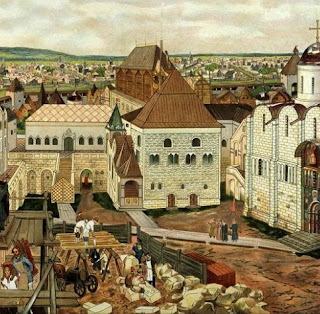 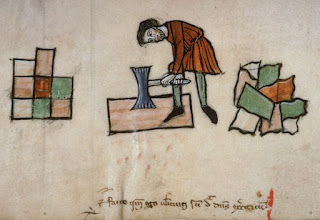 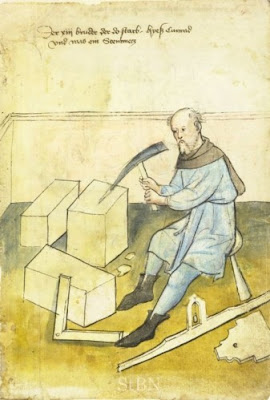 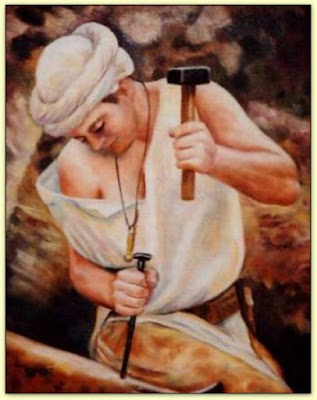 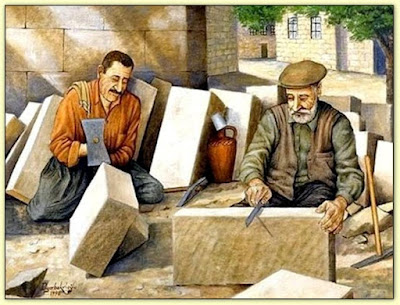 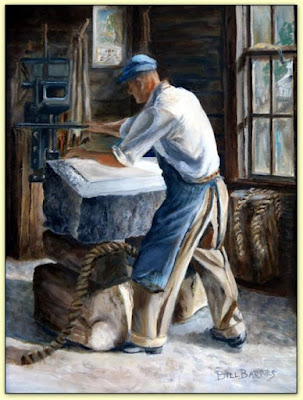 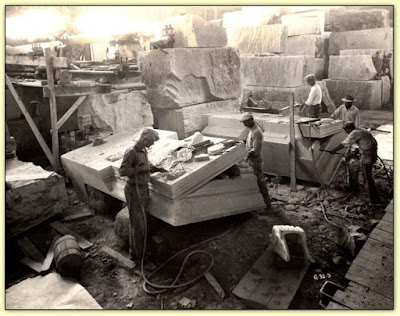 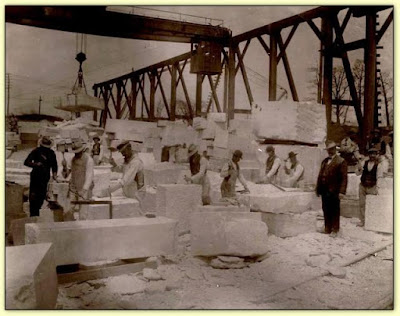 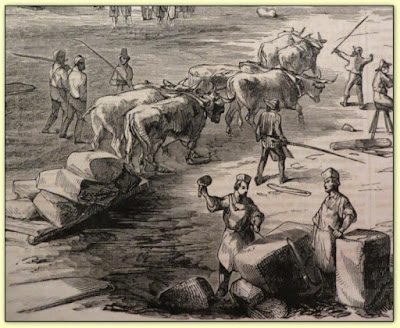 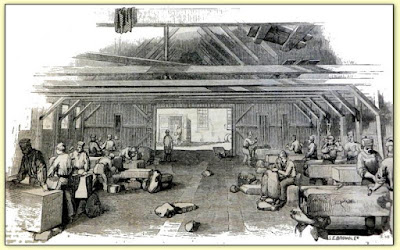 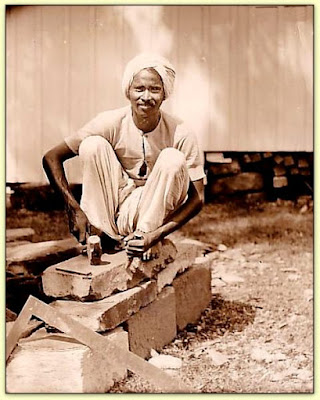 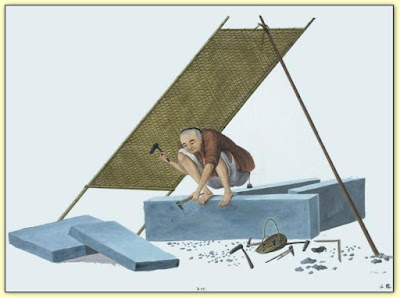 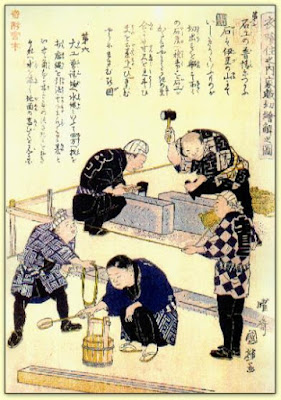 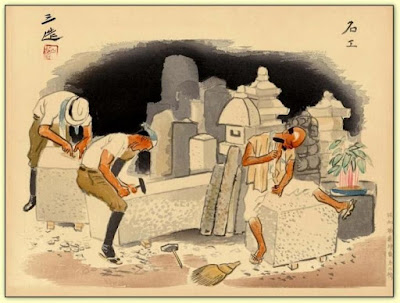 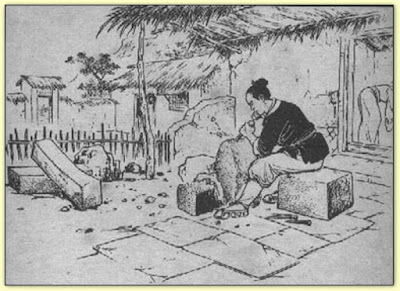 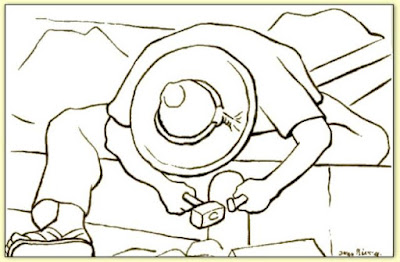 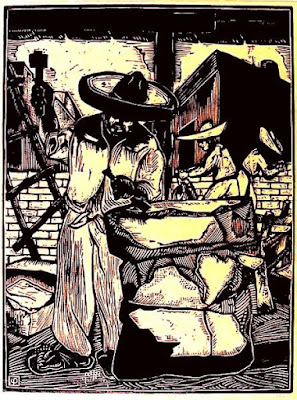 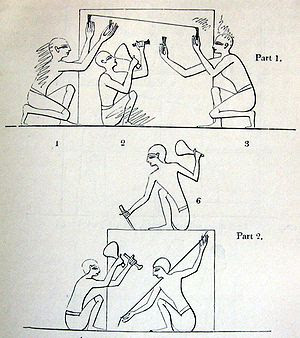