His exquisite jewellery was very much influenced by the the nature, fauna and flora, in the Art Nouveau style, like birds, insects like Dragonfly. He worked for Cartier and Boucheron. Later on, after the first war, he produced magnificent Art Deco large glass decoration, like for the Normandie luxury yacht (first class dining room), or the Orient Express train.

Athletes was one of his theme, as you can see on this 'Palestre' vase below done in 1928. In the biography from Félix Marcilhak (book cover on this post) you can read that Lalique wanted to express the beauty of these males, but also in the spirit of the Greeks, show their courage and wisdow. 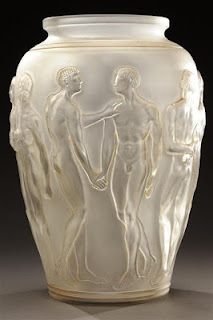 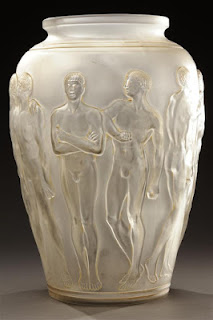 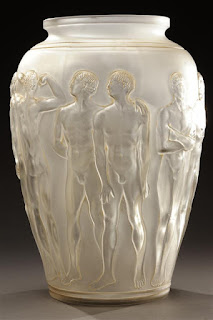 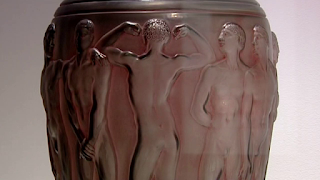 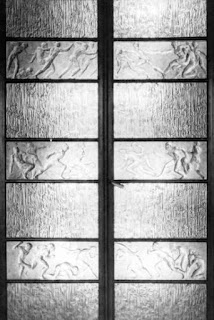 And for the Wanamaker's store in Philadephia. 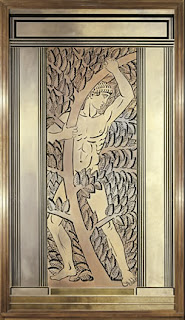 His passion was the glass. And to create beauty. Always with the highest quality. He had a workshop Place Vendome in Paris, created many glass objects for hospitals & drugstores (through a glass factory he transformed). He built his own glass factory in 1921 in Alsace (where the current Lalique Museum is located). This allowed him to distribute his creations to a larger audience, making them more affordable. He invented several techniques and process to work with glass, giving different finishes, or transparencies.
And linked to the athletes, you can admire a few pieces with archers as well, like on this radiator cap below from 1926. 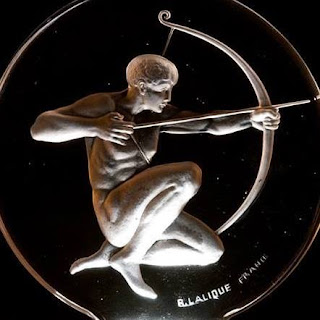 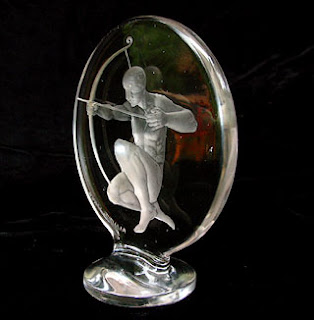 Or on this vase from 1921, that was declined in several versions or colors, with archers looking for large birds. 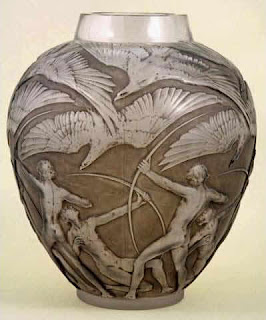 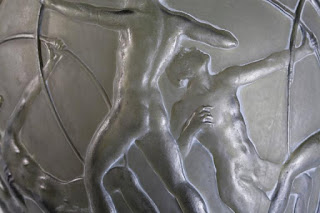 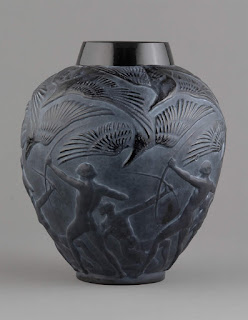 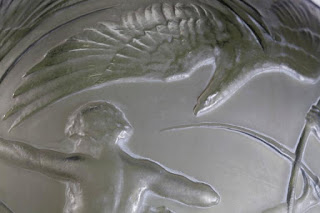 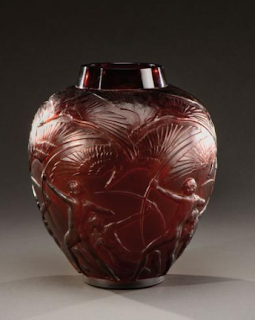 For the International Exhibition in Paris, in 1937, with 44 countries participating, he created this medallion in glass, displaying 2 nude males holding their hands. 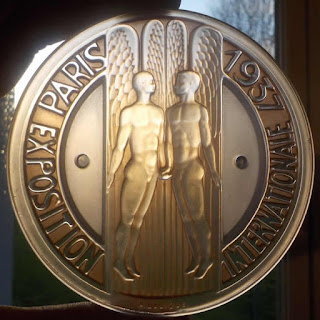 The year he died (1945) and was buried in the Paris Père Lachaise cemetery, his son started to work with cristal. 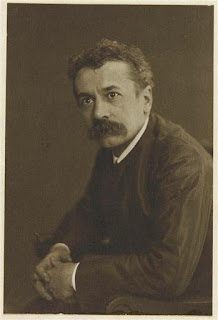 And it is with cristal that the Elton John Aids Foundation and Lalique worked together to raise funds, creating first a large lost wax original glass sculpture 'Angel' and some other pieces to be sold at a special auction in 2016, before to produce a limited serie available today. 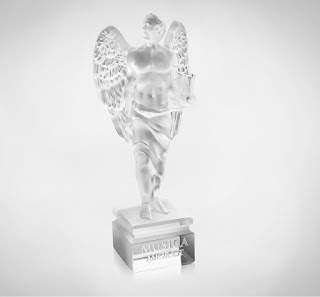