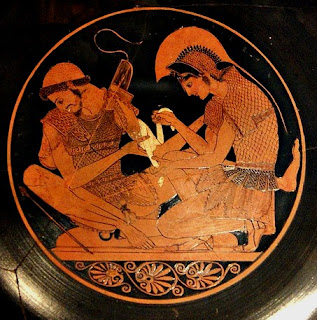 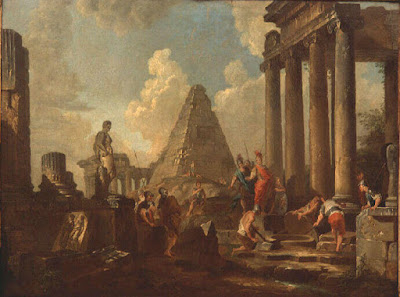 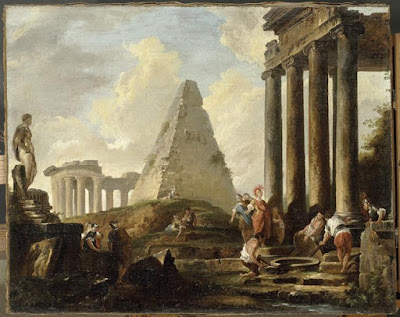 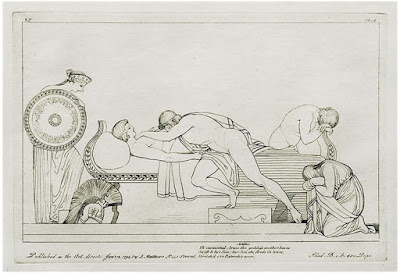 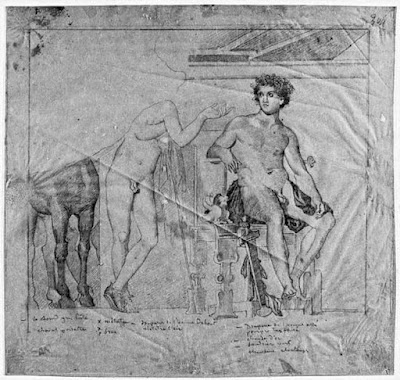 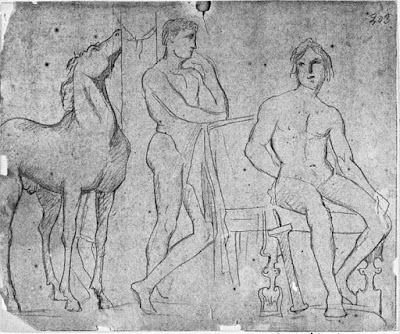 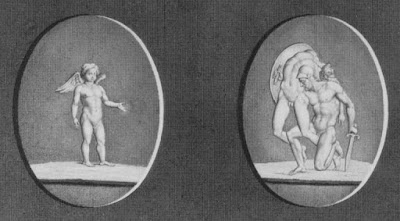 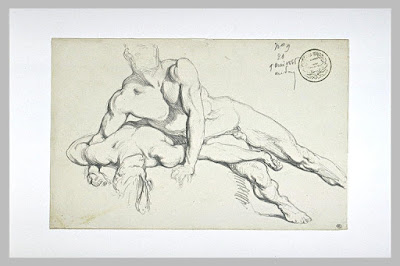 For a full story of Achille's life and myth, I suggest you read the various sources, mentioned at the end of this post. I will only mention a few stories extracts here.

In Greek mythology, Patrocle is the very close friend of Achille... This friendship was well known... and often considered of similar intensity as the one between Alexander the Great and Hephaestion.

Achille is said to have been immersed in the Styx river by his mother, holding him by the heel, to make him invulnerable. Still a teenager, he wanted a short but glorious life. Hence his willingness to join his friend and lover Patrocle for the Trojan expedition & war. Both were recruited as soldiers.
After 10 years of fighting, he quit the war area upset on Agamemnon. Learning that his lover Patrocle died, he comes back to fight, but is hit by an arrow on his heel, and died.

The sculpture below shows the young Achille wounded by the heel. It is located in the Villa Reale, Milan (Italy) and was sculpted by Innocenzo Fraccaroli (1805-1882) an Italian sculptor, who won Brera Academy’s 1829 prize for sculpture. 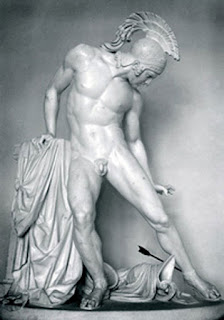 Earlier, when Patrocle died, a tumb was built for him, and it is said he was already waiting for Achille to join him when he would die.

For the Greeks, the 'friendship' between Achille and Patrocle was of another nature. They considered them as lovers. And for them, this is fully demonstrated when seeing the deep sorrow expressed by Achille when Patrocle died. And his willingness of revenge.
The author Eschyle describes Achille mourning the death of his friend,  celebrating the body of Patrocle, missing their past kisses...  Platon, in his 'Banquet', through Phedre, says that Achille was cuter than Patrocle, and younger.
Many sculptures have been made to celebrate these heroes, and other art pieces as well, as we will see in other posts. Some sculptures are located in the Achilleion in Corfu (Greece), a palace built in 1890 by the emperess Elisabeth from Austria & Hungary  (also known as 'Sissi'), to honor Achille. See below. 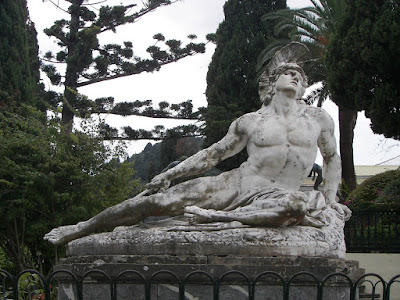 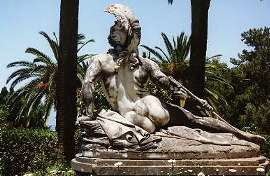 Another Achilles sculpture, still in the gardens of the Achilleion in Corfu.  The Greek word is his name : ΑΧΙΛΛΕΥΣ or Achilles. 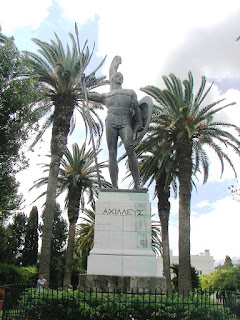 Below is the Pasquino group, where it is possibly Menelas holding Patrocle body. It is a roman copy from a greek original, located in the Loggia dei Lanzi, in Florence, Italy. 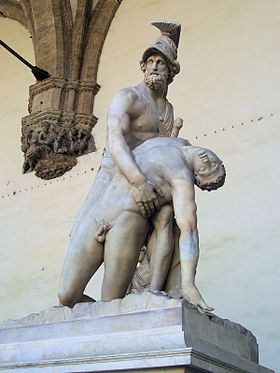 Below is a representation of Achille by Lycomedes, a bas-relief sculpted for a Athenian sarcophagius made around 240 AC. and located in the Louvre museum, Paris. 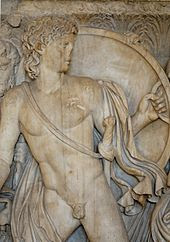 The Achille called 'Ares Borguese' (below) is dated 4 AC but there are several copies.
Below is a marble copy made during 1 AC. located in the Louvre Museum in Paris. 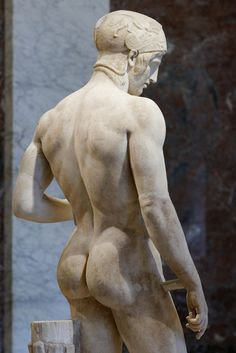 The one below is a copy made just after 1900, located in Chantilly (France) at Conde Museum. 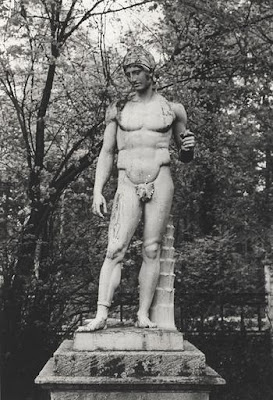 Achille wounded by the heel also inspired the French sculptor Charles-Alphonse Achille Gumery, who made this one in 1850. This sculptor got the 'Prix de Rome', the 'Legion d'Honneur'. He is buried in the Montmartre cemetery in Paris. 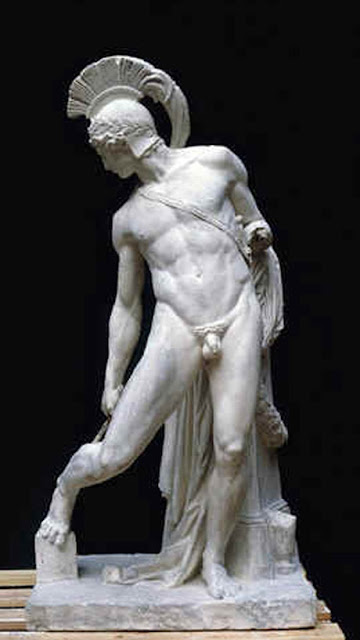 The culture concept website
Wikipedia
Posted by J-Chris at 1:00 PM