Philippe Farault masters human anatomy. And teaches it, or more precisely teaches portrait sculpture.
His technical ability in portraiture in clay is amazing, as he can quickly transform a face through all periods of life, or with some changes go from one ethnic group to the next one.

He is passionate about sharing his research and techniques to his students, through his master classes in Europe and in the USA. Philippe also won awards in stone sculpture, and did several monumental pieces in marble. 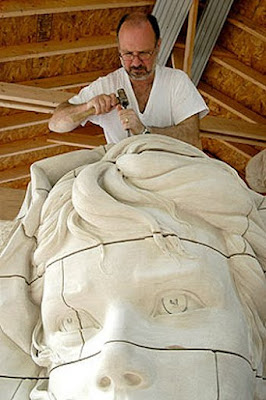 Here are some other examples of male portraits from his hundreds of sculptures. They are usually in water-based clay, but Philippe also likes marble. 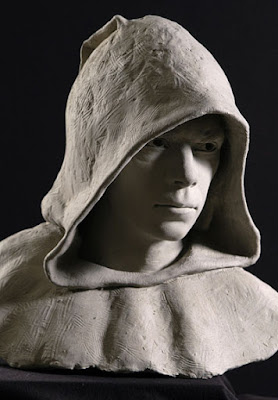 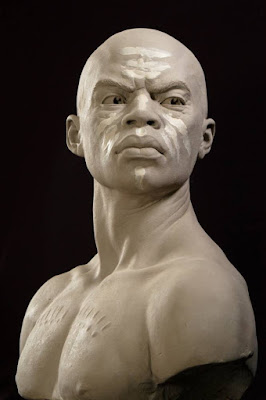 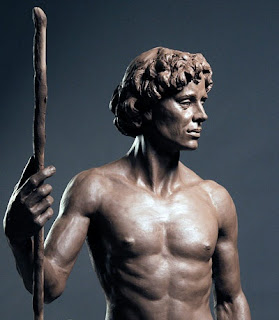 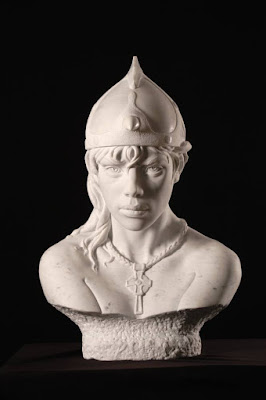 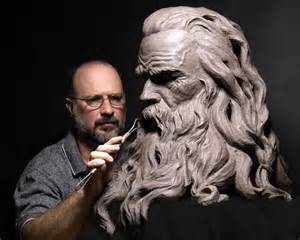 If portrait sculpture is of interest to you, check the links below as Philippe has created a large set of books, dvds, even tools for portraiture in clay.
His Facebook page
His website

To start this month of June 2015, I am very pleased to present to you the French sculptor Christophe Charbonnel, from which you can still see several very large pieces currently exposed until the end of the month in various places (such as the townhall) of the French town of Compiègne, not too far from Paris. 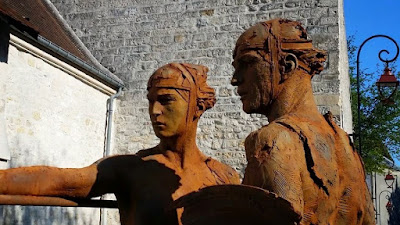 You may like his many ways to express the male body, through faces, usually, or in full body size, sometimes by far larger and taller than that! 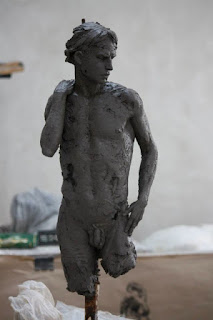 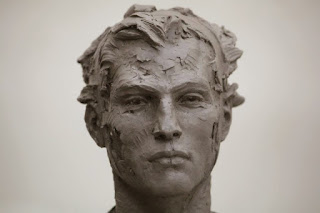 Christophe Charbonnel is now aged 48. After some years with the Walt Disney studios in France, drawing then modelling, he started to sculpt under the guidance of the French sculptor Philippe Seené, and did his first bronze in 1992, before to display his work since 1998, mostly in Paris, but also in other French cities like Cannes, St Tropez, and in Belgium. 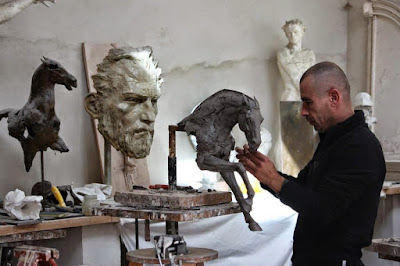 Large compagnies have been attracted by his impressive pieces, or group of warriors for example. 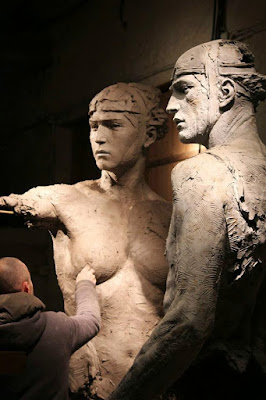 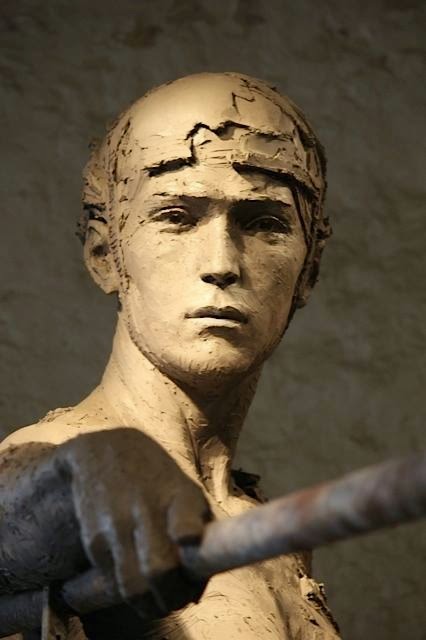 Major hotels like the Ritz in Paris, or Four Seasons in Cannes, have also acquired some of his master pieces. Christophe Charbonnel was a laureate of the Taylor Foundation in 2010.

The Bayart art gallery is the sculptor's agent, in exclusivity. On their website, you can see the numerous pictures of his sculptures, and you can also order the various catalogues available about his work. 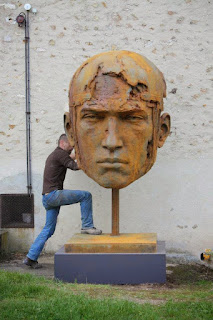