The largest serie of sculptures from the Opera House is from the French sculptor Louis Felix Chabaud (1824-1902). It is an impressive collection of more than 400 art pieces that have been recorded so far, from busts, masks, statues, both inside and outside.

The recent book of Jean-Marc Hery 'Louis Felix Chabaud, un sculpteur oublié'  (A forgotten sculptor) allows us to re-discover this. 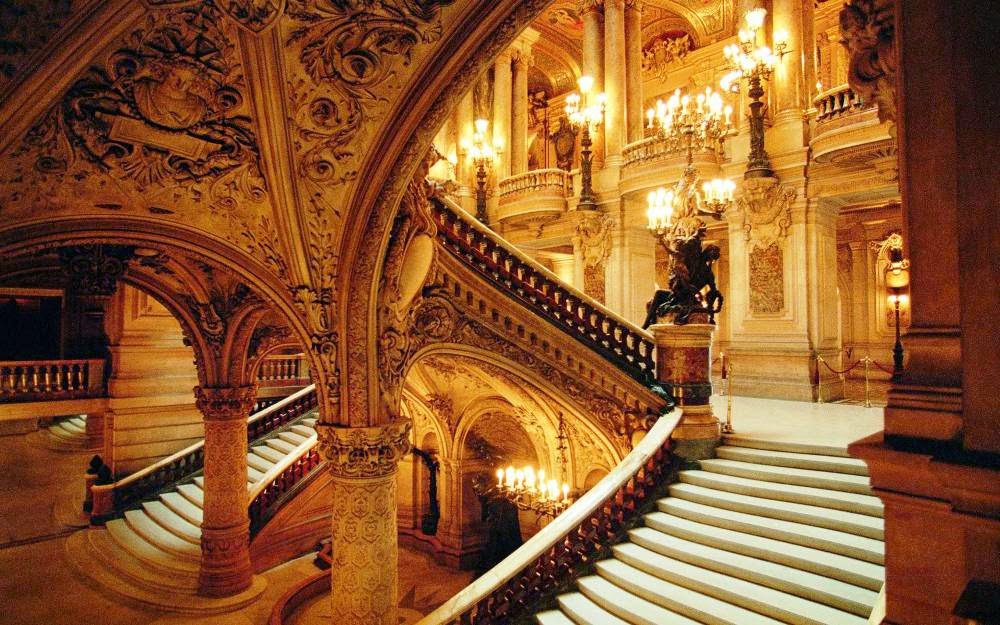 From modest farmer origins, he started to work on stones aged 15, in Aix en Provence, then studied sculpture in the same town, before moving to Paris. At 24, he won the Prix de Rome for the engraved medals category, so he can go to the famous Villa Medicis, where he will meet Charles Garnier, another winner. Chabaud had a strong relationship with the architect Garnier, and started to receive commissions for the Opera House. It is the beginning of some impressive work. 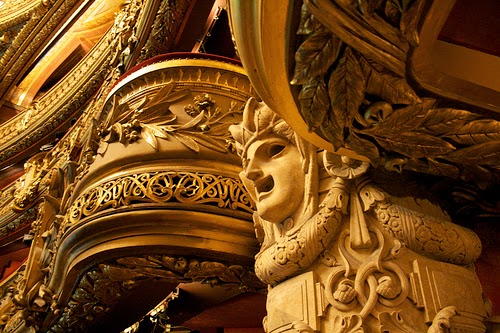 For example the carved Opera zodiac vault (with 16 heads : 12 zodiac signs and the 4 cardinal points), the golden busts representing famous composers, some lighting busts, and of course the numerous (275) masks, and the giant marble head of Minerve (5 meters high). 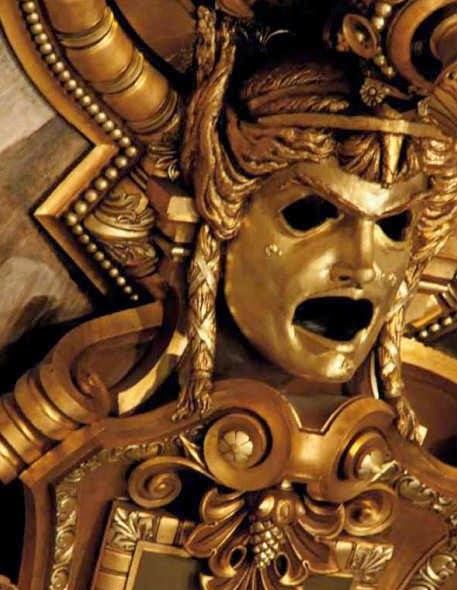 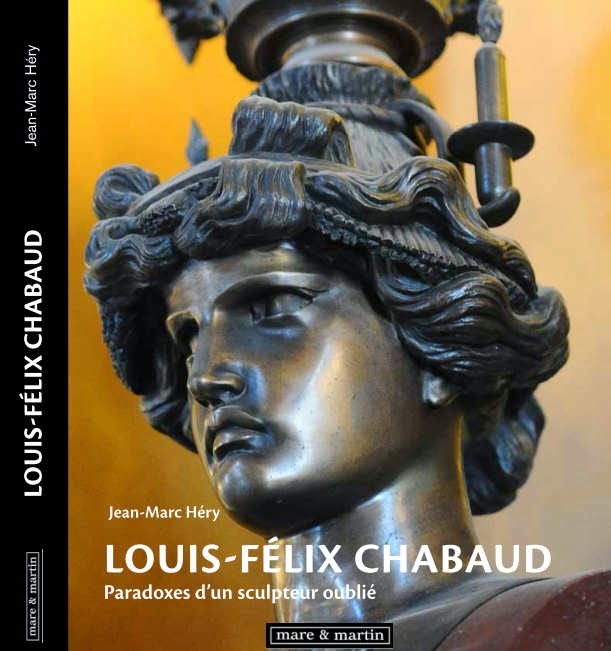 A selection of videos to visit the Opera House:
Official website
Inside visit of the opera
About the architecture

Other sources about the sculptor Louis Felix Chabaud:
Comprehensive general website about him, in French
Book about him by Jean-Marc Hery
Posted by J-Chris at 2:05 PM


This 'Spirit of Dance', a smiling young man playing music is part of the large sculpture from the main side of Opera Garnier in Paris, called 'La Danse' (The Dance), executed by Jean-Baptiste Carpeaux (1827-1875). 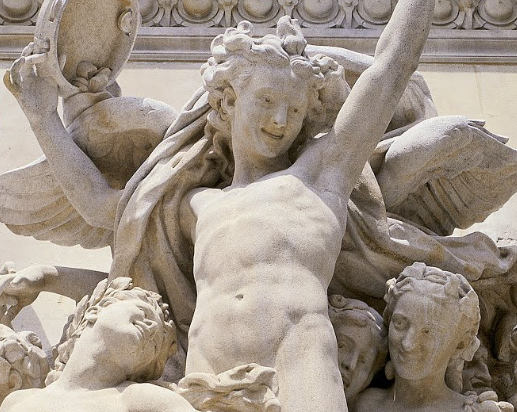 It took a few years to agree on the final sculpture between the architect (Charles Garnier) and the sculptor, and to achieve it. The final result still caused much controversy due to the females nudity involved. A bottle of ink was even thrown on it one day. Some wanted the sculpture to be removed. But the war of 1870 started, and the sculptor died as well, so this put an end to the controversy.

Nowadays, the original piece is located at the Musée d'Orsay to ensure its protection from the weather, and a copy is in front of the Opera House, copy made by the French sculptor Jean Juge, and supervised by Paul Belmondo, other French sculptor.

Have a look at this interesting video about 'La Danse'

We may come back to some other Carpeaux sculptures. The Musée d'Orsay organized a major exhibition last year about his work. 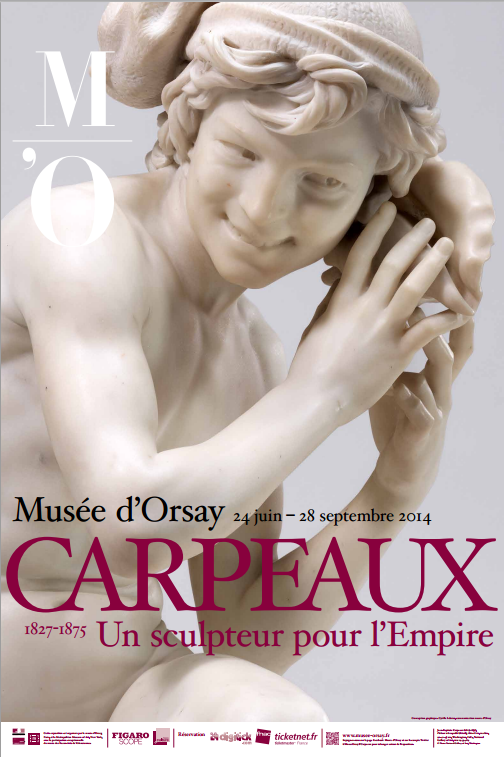 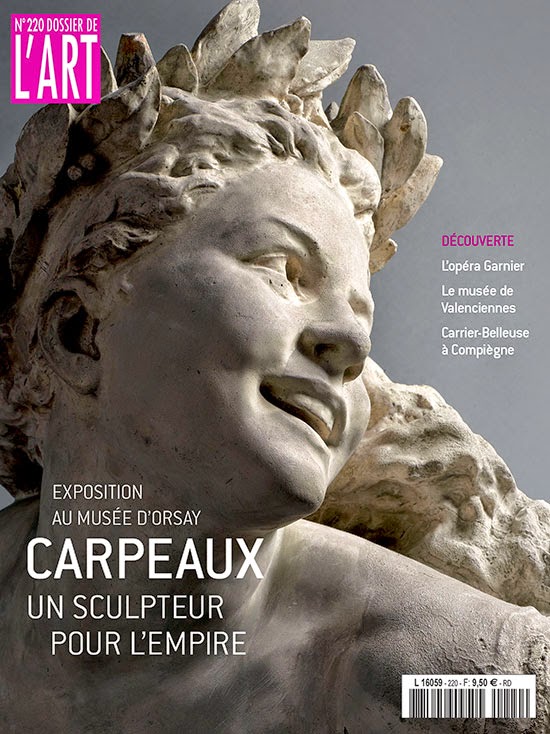 Pierre-Charles Simart is another French sculptor (1806-1857), born in Troyes, who moved to Paris at the age of 17, thanks to a scholarship. He won a Prix de Rome 9 years later.

Back from Rome, he sculpted major pieces in Paris such as a Napoleon statue, and several for the Louvres (Sully pavillion, Denon pavillion, ...). Among his teachers, lets name Ingres.
Simart himself also teached at the Ecole des Beaux-Arts.

The bronze sculpture below, in Troyes, is from the mythology story of Oreste, searching help from Pallas. 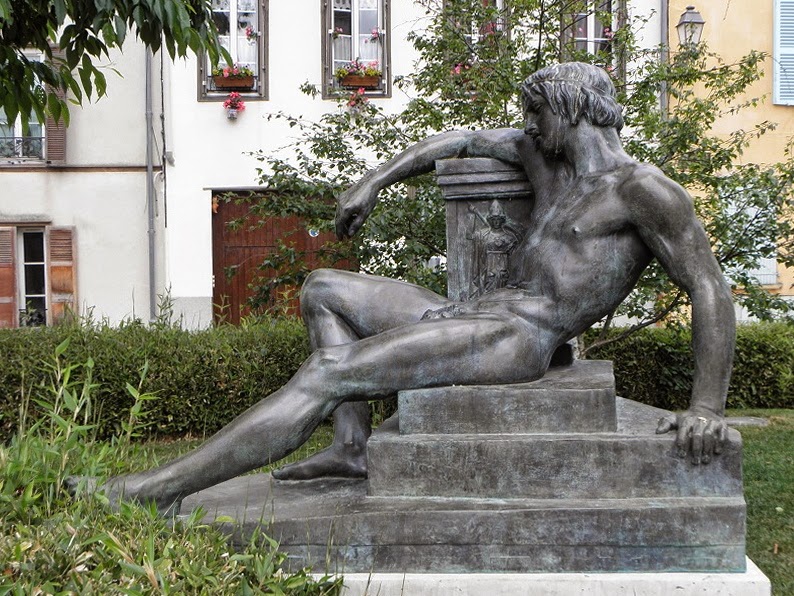 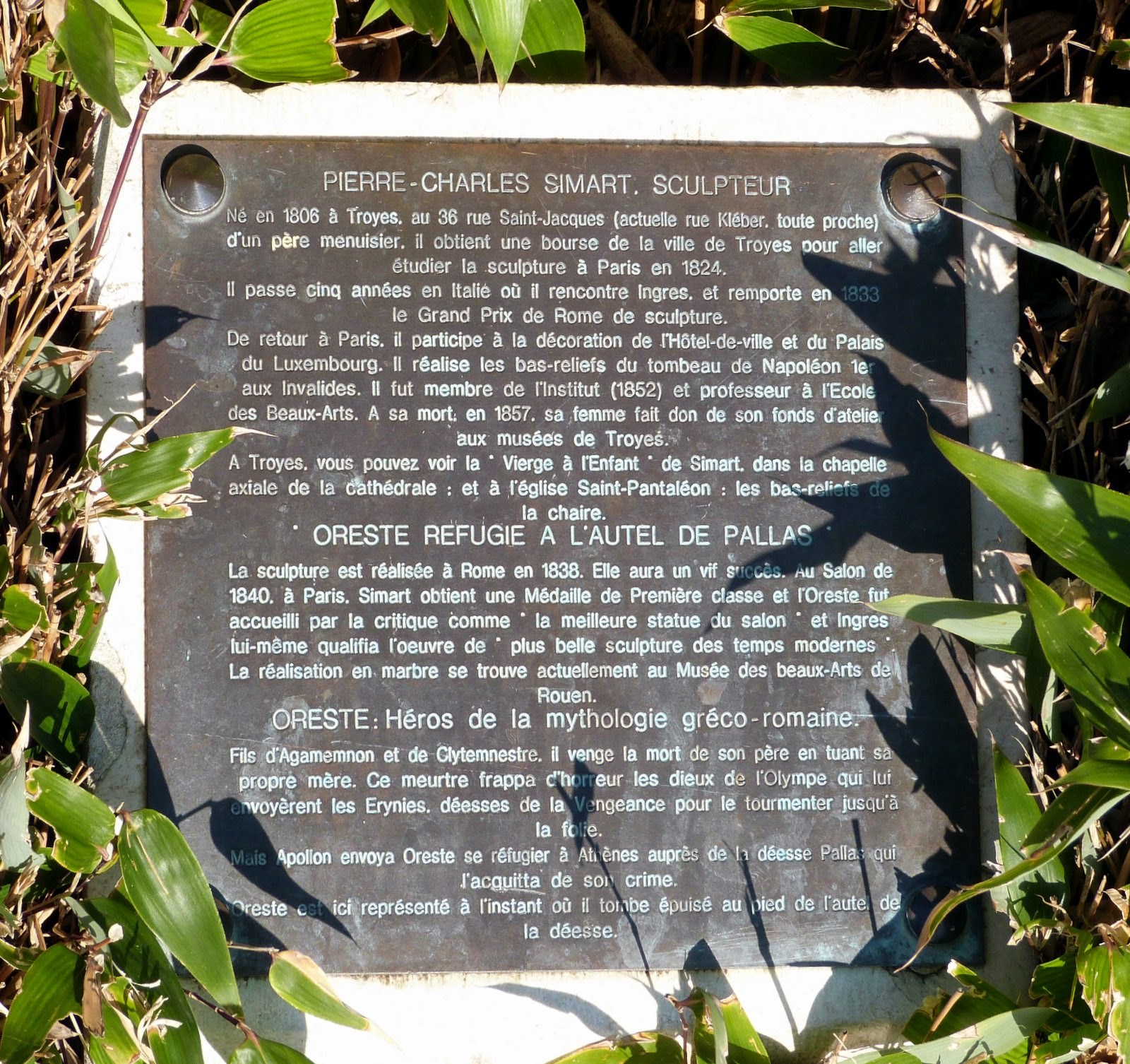 The same sculpture was sculpted in marble and is located in Rouen (below). 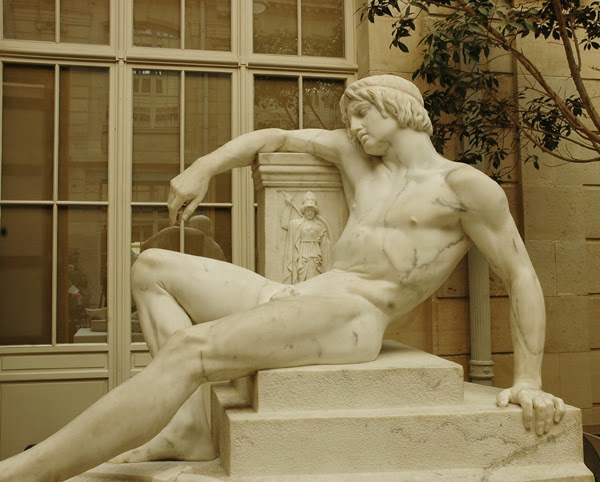 Below is an old drawing made by the French painter Paul Flandrin (1811-1902) who, like the sculptor Simart, had the same teacher (Ingres).
And a contemporary version was made by Pierre & Gilles, with their painted photography of Oreste in 2013, displayed at the Galerie Daniel Templon (Paris). The model was Staiv Gentis.
Sources:
Wiki source
Extrait de la Revue des Deux Mondes
Eternal Optimist
Posted by J-Chris at 5:25 PM