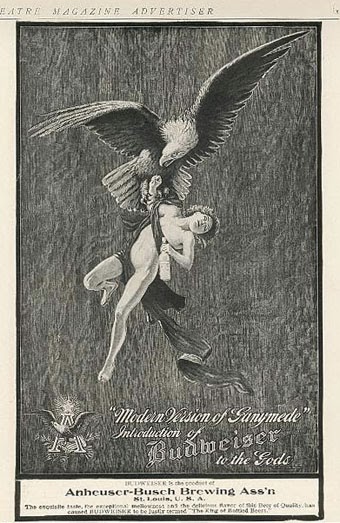 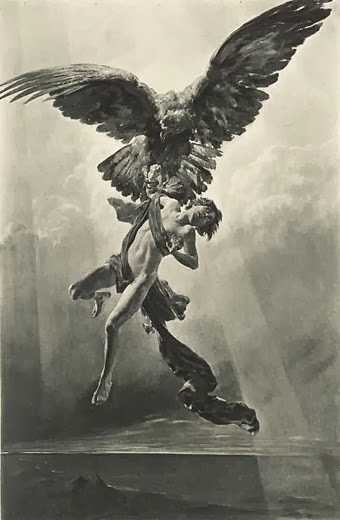 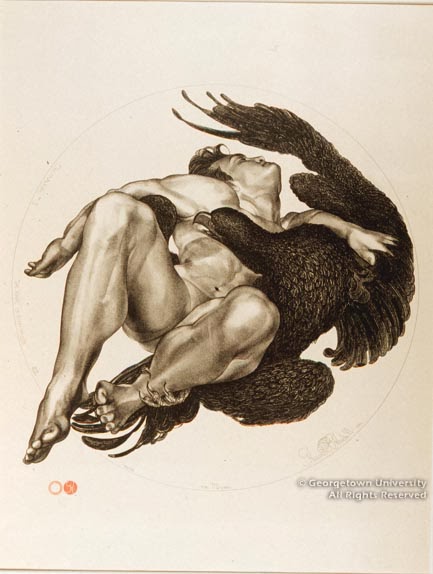 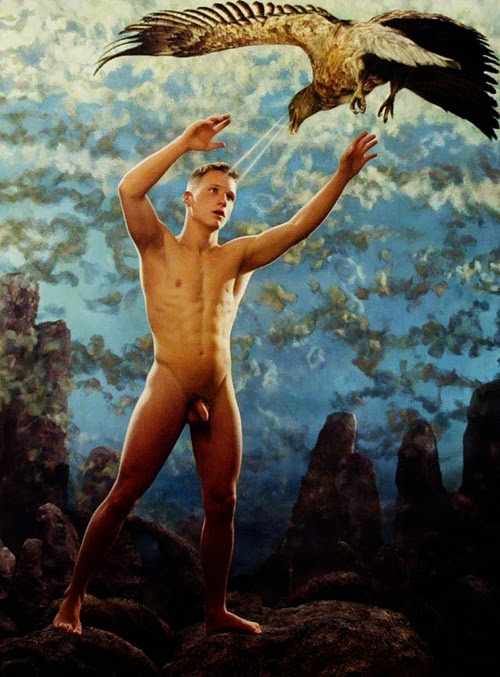 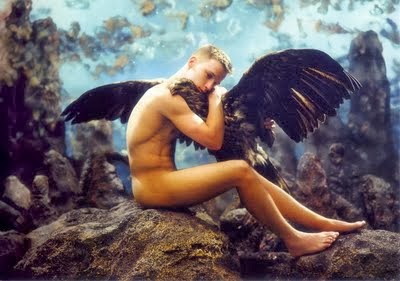 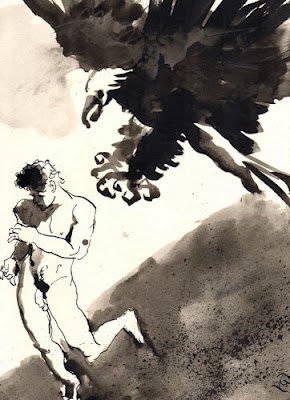 Ganymede, and his rapt by Zeus, was often represented in the arts, through sculptures as we have seen earlier, and with other media as well. So below are some of these various depictions, in bas-reliefs, mosaic, paintings, drawings. The next post will show Ganymede used in more contemporary media. 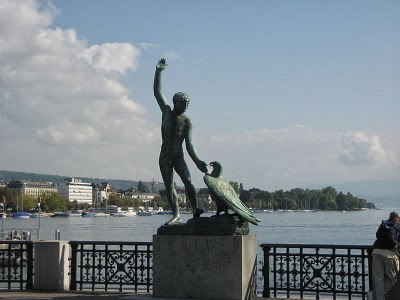 The Apoxyomenos from Croatia 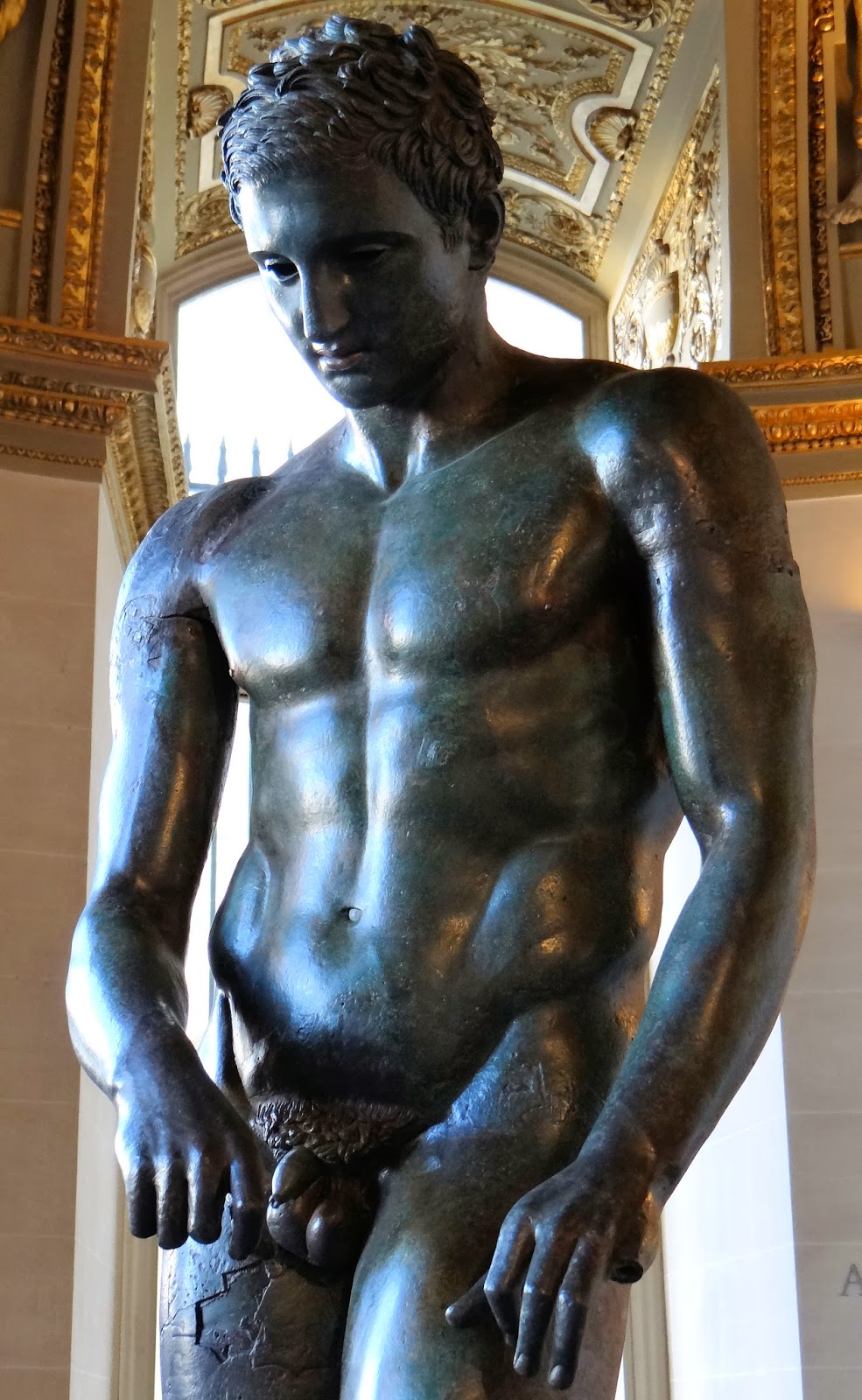 Discovered in 1996 by an amateur scuba diver, 45 meters below the surface, it took three years to successfully take the statue out of the water, near the Croatian island of Losinj / Vele Orjule, in the Adriatic Sea, thanks to the Croatian archeologists together with specialists from the Opificio delle Pietre Dure in Florence, Italy. 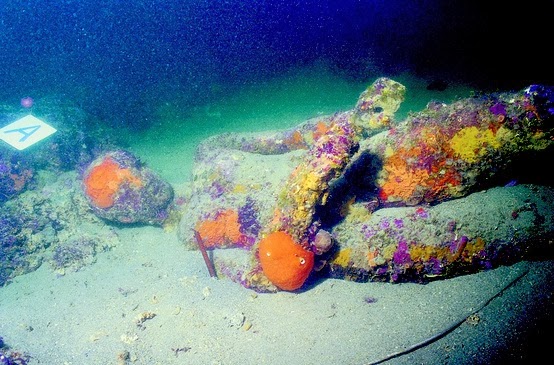 The Croatian Apoxyomenos is a bronze statue dating back to the 2nd century BC. It is considered one of the few great works of ancient bronze that has ever been fully recovered. 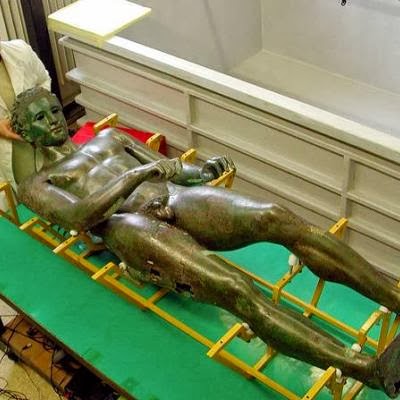 After seven years of conservation and restoration, the work, marked as an Underwater Heritage Site by UNESCO, was exceptionnally presented during 3 months at the Louvre Parius Museum early 2013. 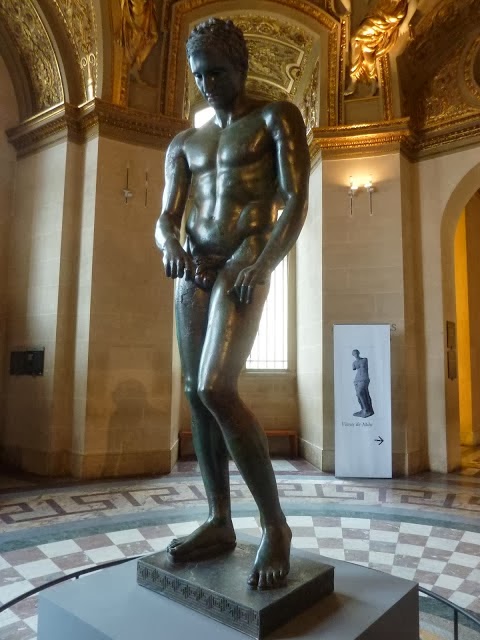 600 years BC, Greeks knew how to cast bronze, and used it a lot for their statues. Most of these sculptures, mentioned by the writers from that era, disappeared, as bronze was reused to produce coins, plates, arms, Tools. This Croatian statue is therefore a rare testimony about their art. 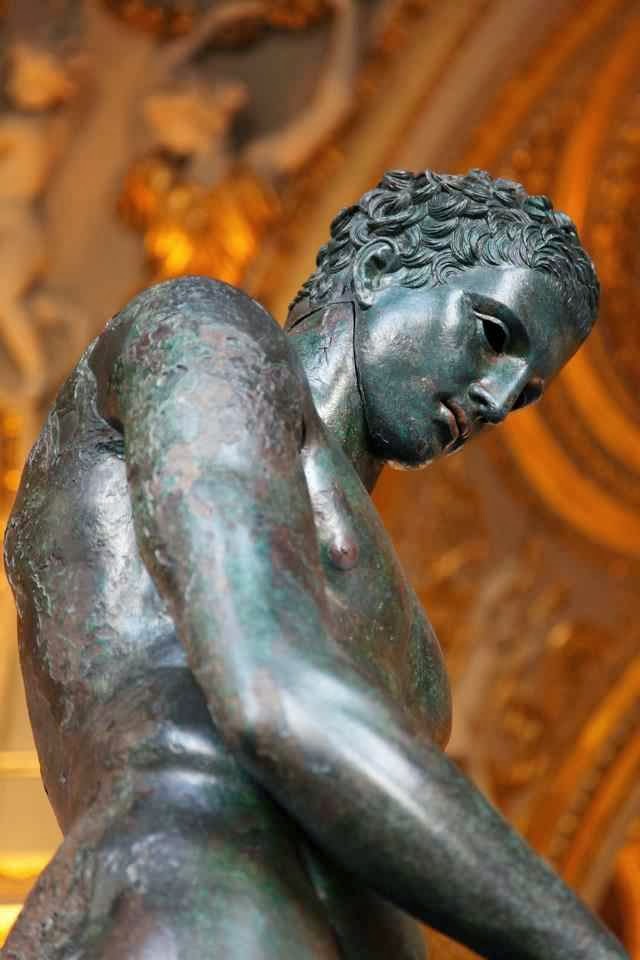 Close to 2 meters high( 1.92m), with red cupper inserted for the lips and tits,  this statue is an 'apoxyomenos', which in old greek means an athlete, busy cleaning his body with a 'strigile', a metallic scraper, in order to remove the mixture of oïl and sand and sweat that sticks to his skin. Athletes of Antiquity exercising naked and outdoor coated their body of an oïl, which, during the athletic exercises, mixed with the sand of the palaestra. 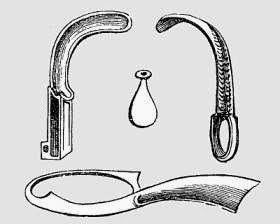 The moment chosen by the artist is the one that occurred after the exercise : the head of the athlete down to the hands betrays a specific gesture. This subtle composition allows the observer to enter within the privacy of a gyum scene, and allows us to understand how the ancient sculptors were keen observers of male nudity.
This statue was only displayed twice abroad : in Florence in 2006, and Paris in 2012/2013.

From research undertaken so far it is presumed that the statue was part of a Roman cargo ship, which sailed to large northern cities, uch as Aquileia, Ravenna or Pula, or to a refine place outside   cities, such as a luxury villa on the island of Veli Brijuni in the bay Verige.