Humanity against Evil - by Gaetano Cellini

A few weeks before critical elections in USA, I submit to your thoughts and appreciation this remarkable sculpture in marble made by Gaetano Cellini in 1908, entitled 'Humanity against Evil'. It is currently visible at the National Gallery of Modern Art in Rome, Italy. 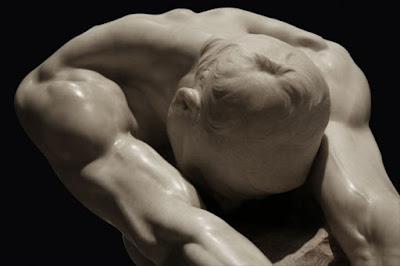 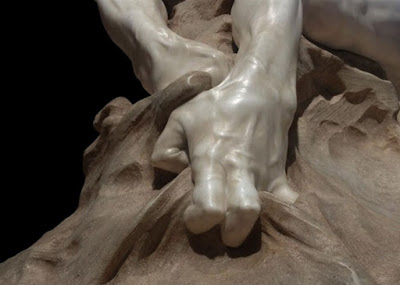 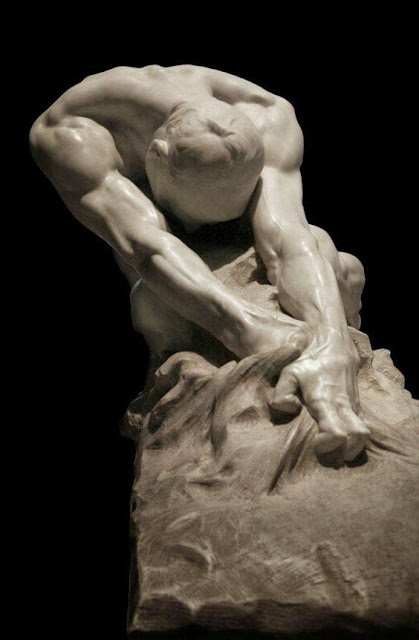 Gaetano Cellini (1873-1937) was born in Ravenna. Influenced by Rodin, who he met, and by Michelangelo, he presented this sculpture first in plaster, in Milan in 1906. With that model, he won a famous prize "Premio Fumagalli dell'Accademia di Brera".
The marble version was finished in 1908. 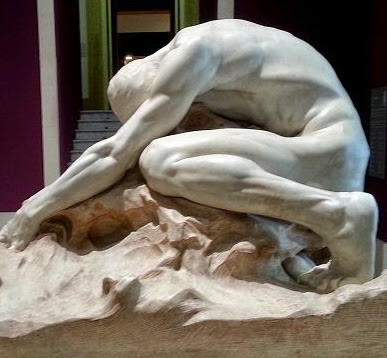 At the base of the sculpture, you can read two lines in Italian (or more precisely a dialect from northern Italy) translated as : “Thus I’ll extirpate using my teeth and nails / the eternal pain that stings my heart”. 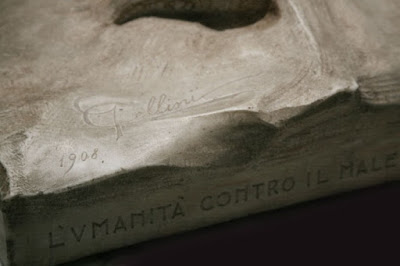 If you are in New York next November 4, 2016 you may want to explore some less-known aspects of the Metropolitan Museum treasures, during a tour called 'Gay Secrets of the Met'.
This artistic & fun & knowledge-sharing promenade is organized by Oscar Wilde Tours and is led by the famous professor, Andrew Lear (see some bio extracts at the end of the post). 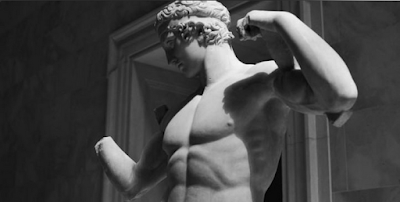 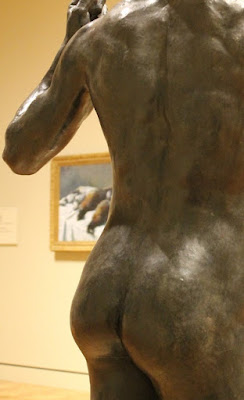 Some artists can be well known at times, like Caravaggio or Rodin, but you will discover others too. They all depict the appreciation for the male love. Professor Lear did some research on one interesting painting by Andrea Sacchi for example, ''depicting a nude Apollo crowning the soprano singer Pasqualini. With a bit of digging, Lear concluded the painting was secretly an homage to the intimate relationship between the singer and a well-known cardinal of the time, a nephew of Pope Urban VIII. ''.

As Eventbrite quotes : ''The Met doesn’t have as many male nudes as other major museums because there was little trustee backing for the curators to acquire risqué pieces in its early days. The Met’s funders, more so than other museums, Lear claims, were a dominating and “very prudish” group. As visible by today’s exhibits, that didn’t last. “There’s so much homo-eroticism in the history of art that you can’t keep it out that easily,” Lear says. “Even if you try, it’s going to pop back up.” “In the Renaissance, anytime there was an excuse for making something homoerotic, they do,” Lear says.
At the end of tour, Professor Lear shows a trio of portraits done by gay New Yorkers in the 1940s art scene.

Sources:
Eventbrite
Oscar Wilde Tours
Posted by J-Chris at 9:20 AM

David's ankles in the NY Times!

A few weeks ago, the NY Times published a very amusing, amazing and interesting article about Michel Angelo's David, that I submit to you if you click on the NY Times link here.

No doubt you will appreciate some great reminders about the Renaissance period in Italy, the technical details of some restoration process, but also the comments made by some (American) tourists in Florence, and the David mania as stated by Sam Anderson in his article. 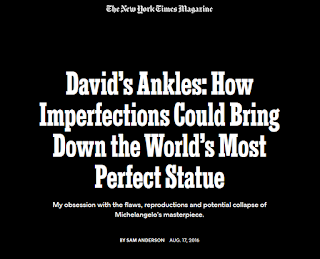 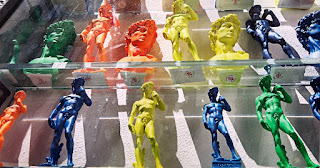