Today you will discover another selection of some male sculptures seen in Brussels these days, either outside in parks, botanical garden, streets and places, or inside the Royal Palace.

First, the Botanical Gardens, where 52 sculptures were commissioned when it was created in 1826. Two majors sculptors, Constantin Meunier and Charles van der Stappen, leaded the overall design, with the help of numerous Belgian sculptors, around the theme of vegetals, but also animals, and working people.   Here is the 'Laurier' (Laurel) made by Julien Dillens. 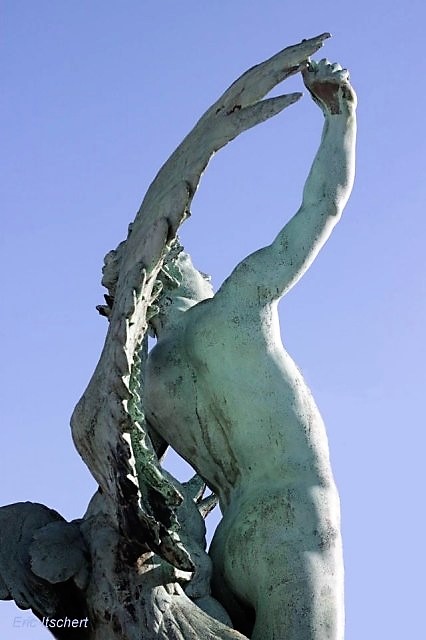 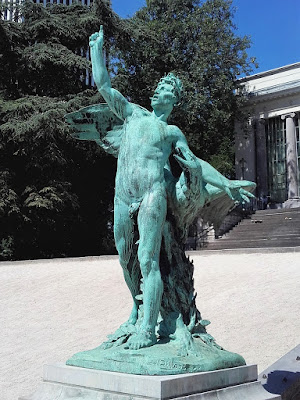 On the square 'Vergote' where several Art Deco houses are present, there is this monument sculpted by Charles Samuel, called the 'Monument au Génie', in memory of the last wars (1914-1918 and 1940-1945). 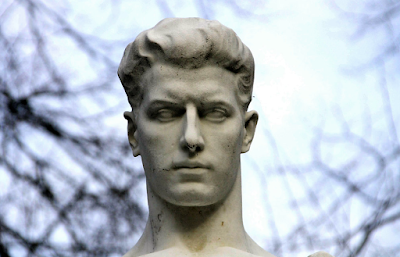 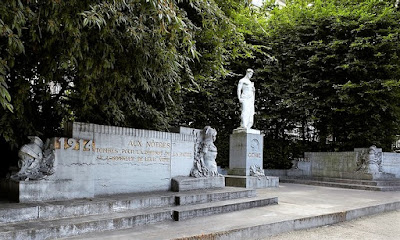 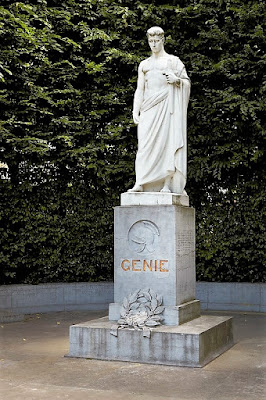 The "Palais des Académies" which today is the Royal Academy of Sciences, helds several sculptures around his classical building, which at the beginning used to be the house of the Prince of Orange, a few years before the creation of the Belgian nation. 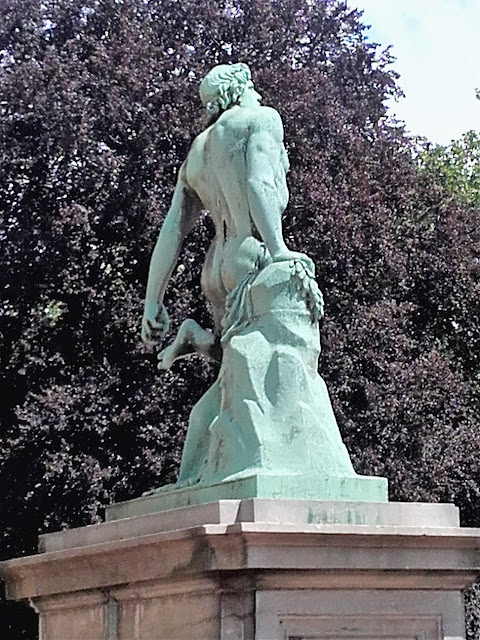 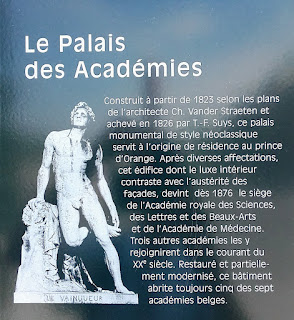 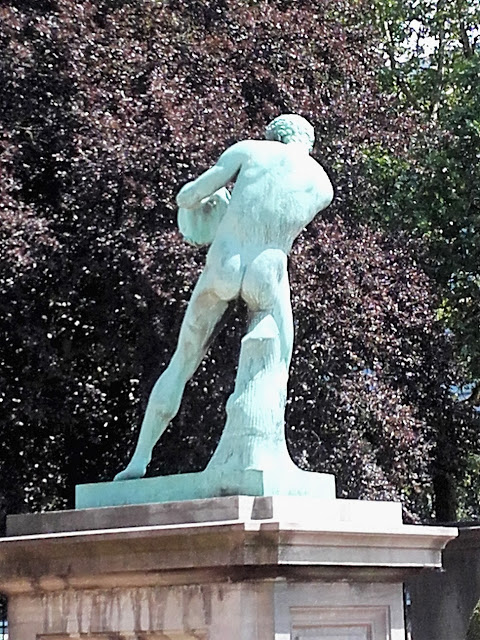 The next door Royal Palace has a beautiful, although anonymous, marble sculpture of a Bacchus in the main entrance hall. 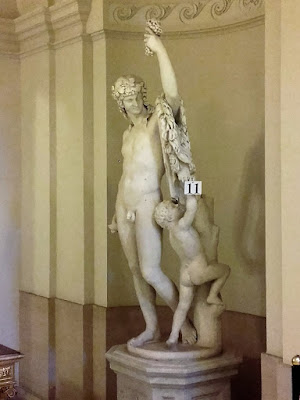 In the Cinquantenaire park, where the Art & History Museum is located, there is the 'Pavillion Horta' built specifically to protect the extremely large and imposing 'bas-relief' sculpture made by Jeff Lambeaux, called 'The Human Passions'. 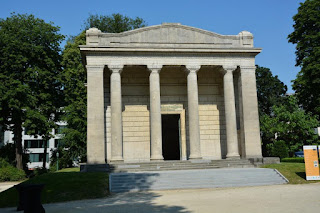 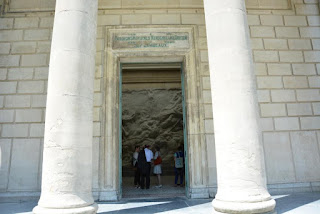 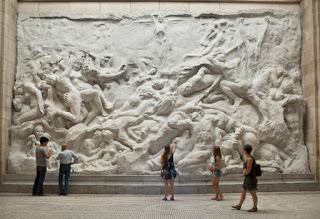 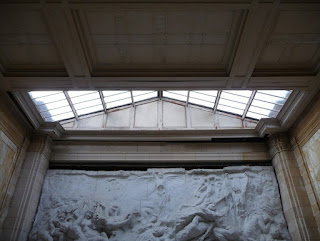 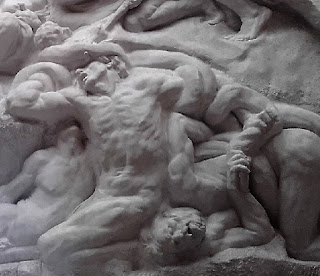 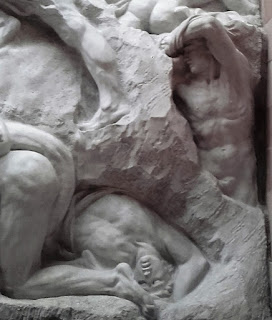 Another Art Nouveau 'bas-relief' is visible on the Town Hall, offered in 1899 by a group of artists to thank Charles Buls, Brussels mayor (Bourgmestre) during almost 20 years, from 1881 to 1899, who actively supported the arts in Brussels and ensured many historical places were kept and maintained.
Designed by the architect Victor Horta, and the sculptor Victor Rousseau, it represents a nude young man holding an oil lamp, you can see also other interesting details. 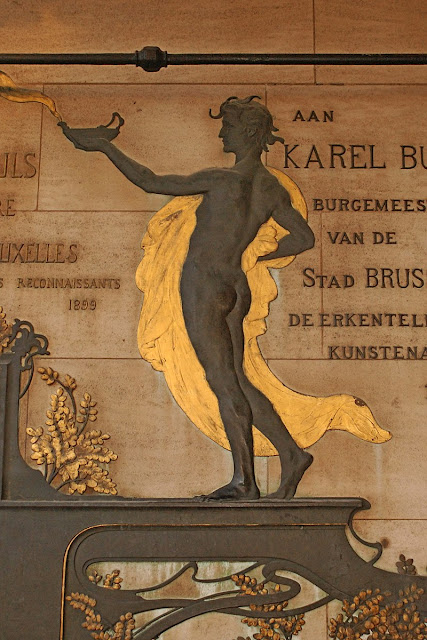 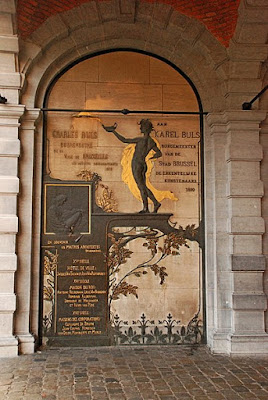 Sources
Human Passions
Botanical Gardens
Posted by J-Chris at 10:27 AM