The Sluggard by Lord Frederic Leighton

I guess the title of this sculpture reflects well the month of February 2016 for this blog : only one post published! :) The Sluggard is one of the famous male sculptures made by Lord Frederic Leighton (1830-1896), who was also a painter. 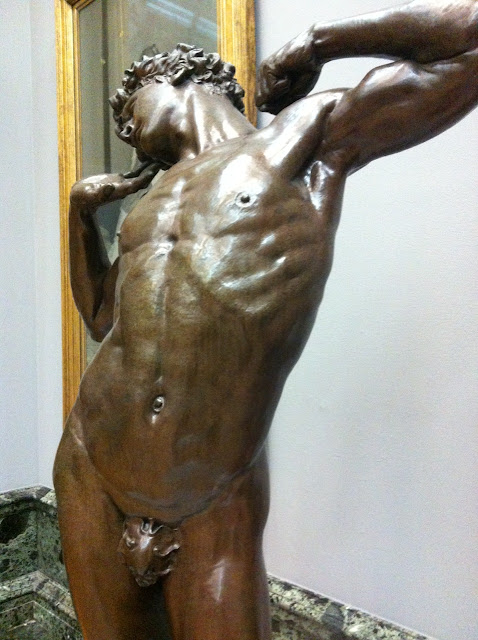 The sculpture represents an athletic young male, awakening or stretching his body. Leighton was inspired to create this bronze because one of his male models – Giuseppe (Gaetana) Valona – stretched himself after he was sitting for a long while posing for one of Lord Leighton painting. 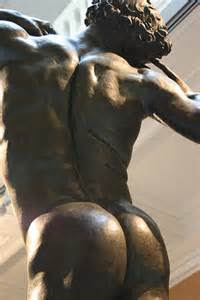 The first model of this sculpture was made of gypsum in 1885 and was a life-size sculpture of "The Sluggard" that is nowadays exhibited at the London Tate Gallery'', in bronze. Another version of smaller size (52 cm) was casted in bronze with Laughton's approval and signature. 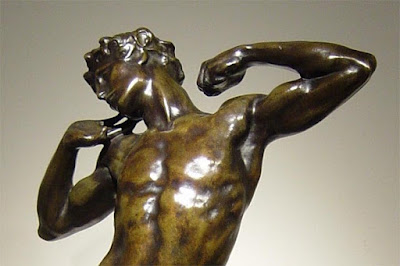 Leighton was born at Scarborough, UK, and went early to Florence, Italy, to study. He spent some time in Frankfurt, Germany, and again in Italy, in rome, before going back to UK at the age of 30.
Below photo is a statue of Lord Leighton, located on the façade of the Victoria and Albert Museum. London, near the Brompton Avenue entrance. [Photograph by George P. Landow, December 1999.]

The portrait of Leighton was Brock’s diploma work for the Royal Academy and the cast which he exhibited in 1893 is at Burlington House. Lord Leighton was elected to the Athenæum in 1866. 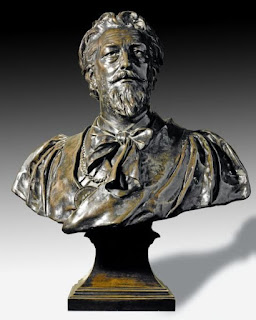 Two years ago, Stuart Sandford, young British artist, was inspired by the Sluggard sculpture of Leighton and made a contemporary version by photographing a model (Brad) in 3D, making a 3D printed model, later casted in aluminium, marble dust & resin, silver etc. of different sizes. 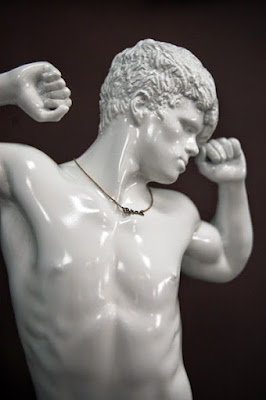 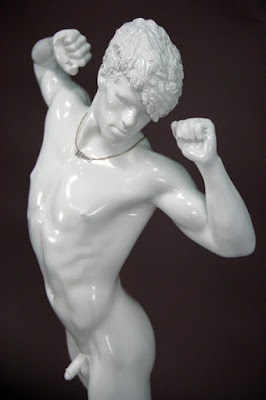