The Girondins monument and double fountain in the center of Bordeaux (Quinconces) is filled with 34 bronze sculptures. You will discover here some of the male characters of this famous landmark, built between 1894 and 1902, and full of Republican symbols, by the architect Victor Rich, and the sculptors Alphonse Jean Dumilatre and Felix Charpentier. 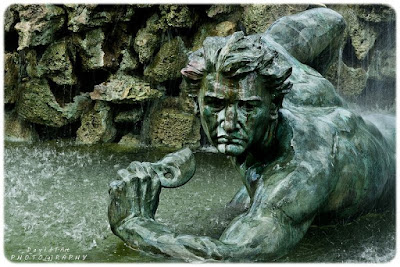 The monument is dedicated to the 'Girondins' who died defending the Republican values, after the French Revolution, against the 'Montagnards'. For more details on the project history and context, see the links indicated at the end. 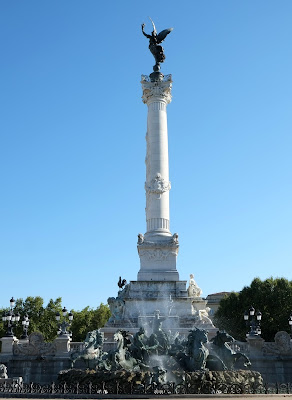 The fountain facing the Theatre shows the Republican victory. Among the figures, this blacksmith, looking toward the justice, and symbol of Work.

Next to him, two groups of three kids, one symbolizing the compulsory school, and the others the mandatory military service.

Below, three male figures seem falling, they are the Ignorance (on the right), the Vice (center) and the Lie (on the left, with his mask), showing the obstacles for a society that want to enlighten his people, promoting education and knowledge. 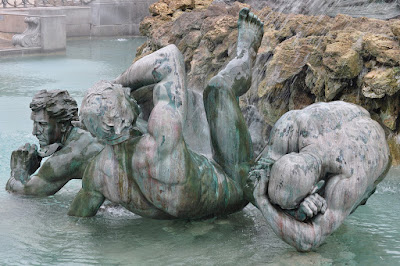 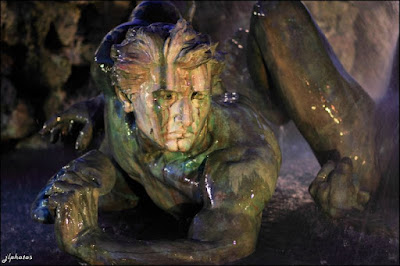 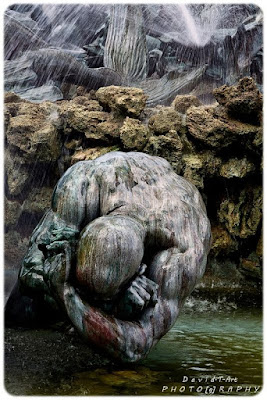 On the other side, the fountain facing the gardens, called the 'Triomphe de la Concorde' (Peace victory) you can admire the Fraternity, illustrated by the company of a worker and a bourgeois, and other sculptures displaying happiness, and several kids (one with a sculptor hammer, one with a music instrument, one with a painting brush, another on a barrel, ...). 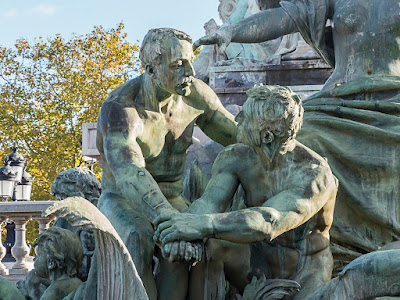 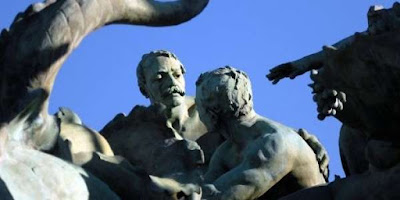 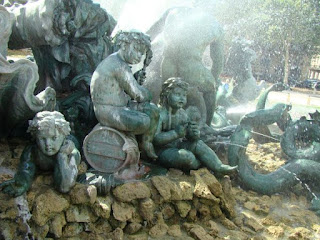 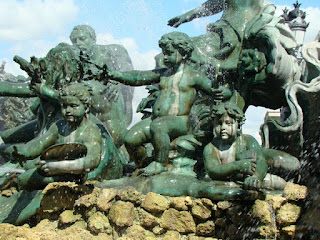 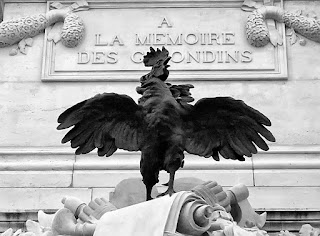