The famous work presented today is from the French sculptor Julien-Edouard de Conny, and is entitled 'La Charité Fraternelle' which can be translated as Fraternal Charity. 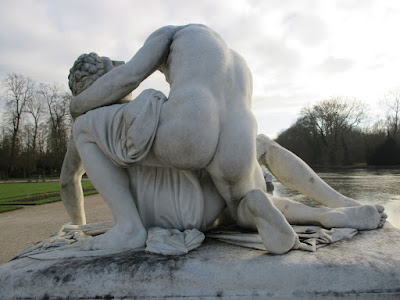 This sculptor, born in May 1818, initially planned to embrace a military career, at the St Cyr Army school, but left it after one year for refusing to do 'hazing' to new students, and disobeying to the Army General who was supervising the Army school. Which led him to spend one month in jail before quitting the army. 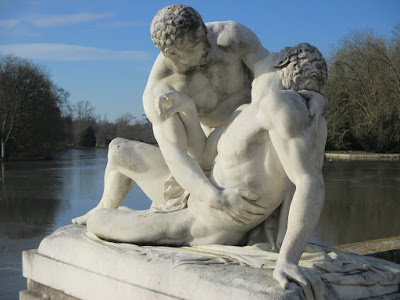 He then started sculpting, based in Paris, with the sculptors Etex and Dantan. And travelled to Italy. His work was noticed 20 years later, with this sculpture 'La Charité Fraternelle', initially done in plaster. Four years later, in 1865, he sculpted it in marble. The French government purchased it, and installed it in the Jardin des Tuileries. But it was moved later to the Chateau de Rambouillet, and installed in the park. 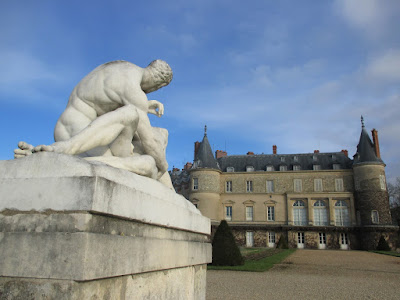