These two naked men, located in a prominent cemetery in Paris, and sculpted in stone, are a mystery. They were created by Auguste Maillard, famous French sculptor who died in 1944, but we could not find any information about it (except that it was given after his death), unlike others sculptures from him, well documented. 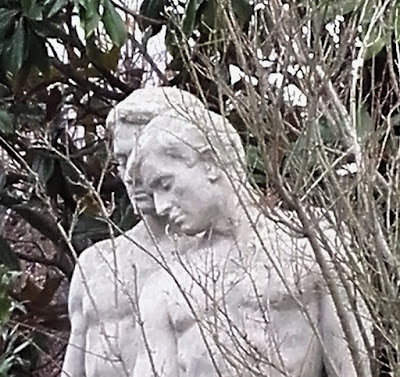 We initially discovered the existence of this sculpture, years ago and not knowing where it was, through the French photographer Paul Marguerite. Then, only knowing the town (which has two cemeteries), looking at the other pictures we determined which of the two it was, and went a few days ago, where we could take the pictures of this post. So it is located in the 'New' cemetery of Neuilly, actually on the areas of Puteaux/Nanterre, built around 1884. 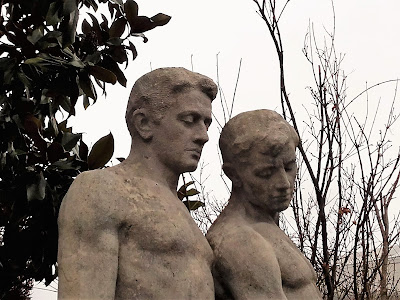 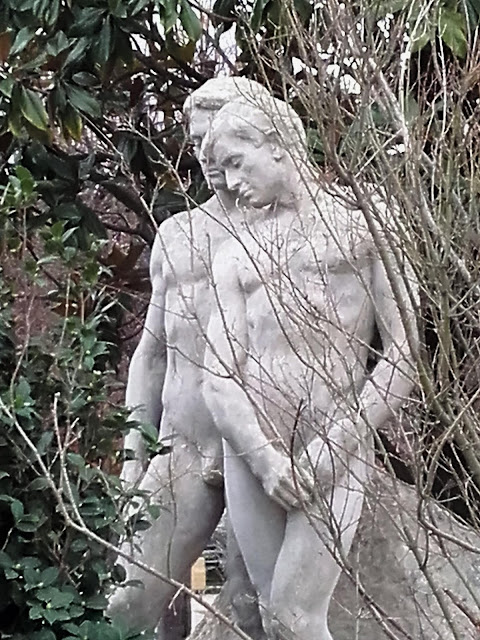 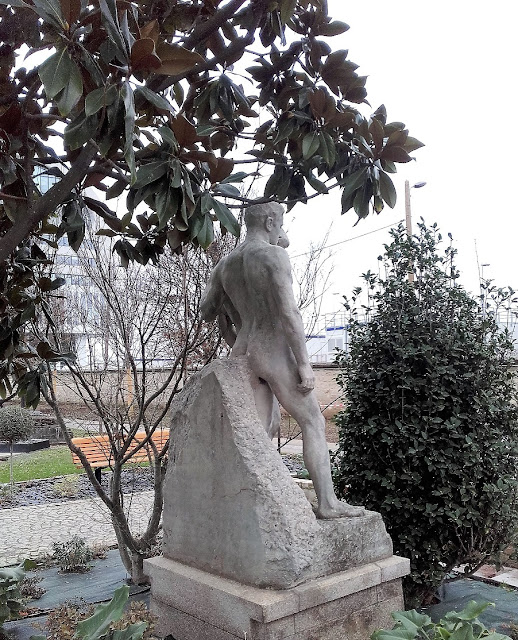 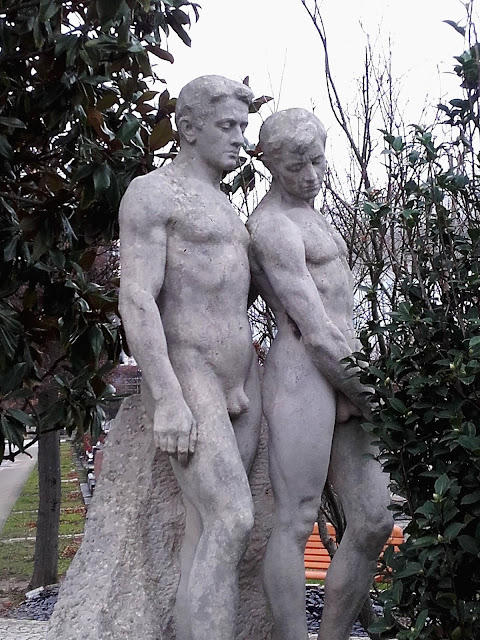 Auguste Maillard was born in 1864, he studied sculpture with Alexandre Falguière, at the Paris Fine Arts school. Numerous busts and monuments from him are disseminated in France. In public places, cemeteries. He died accidentally during the 'Libération' or end of the last war, in August 1944, having received a lost bullet in front of his house, in Neuilly. 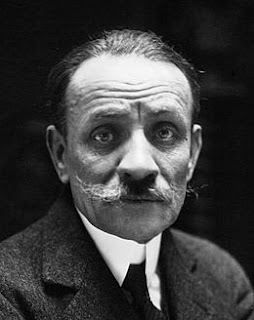 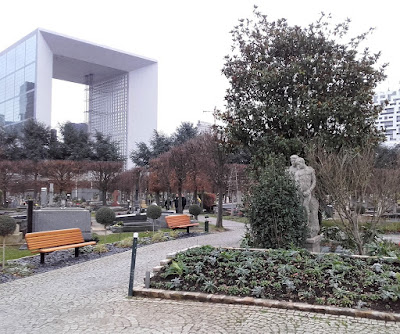 During the World Exhibition held in Paris in 1900, he received an award for his 'Icarus fall'
marble sculpture, which unfortunately disappeared mysteriously during a transfer for being 'renovated', in 2005.