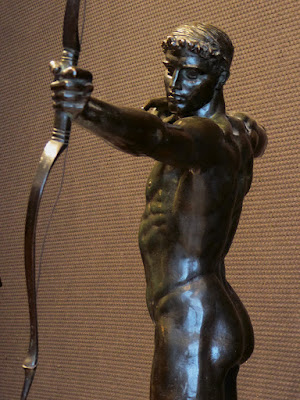 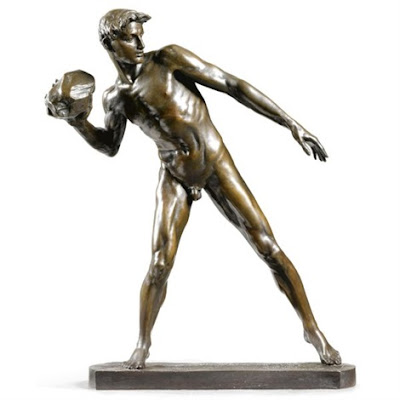 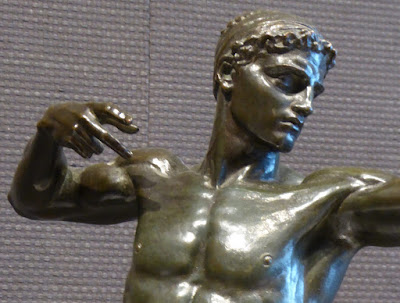 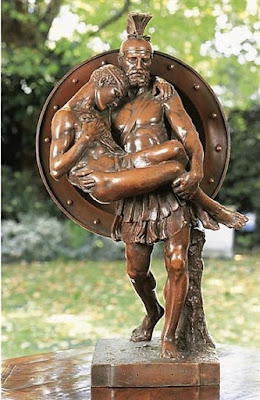 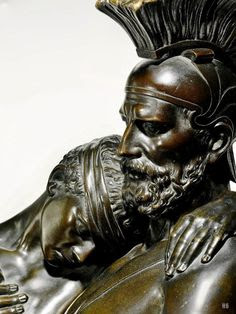 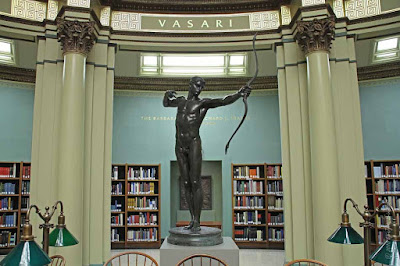 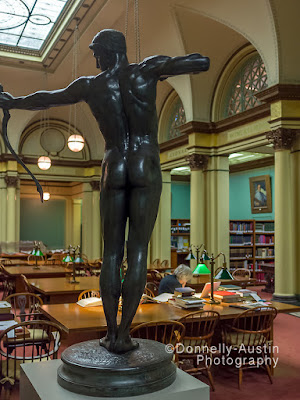 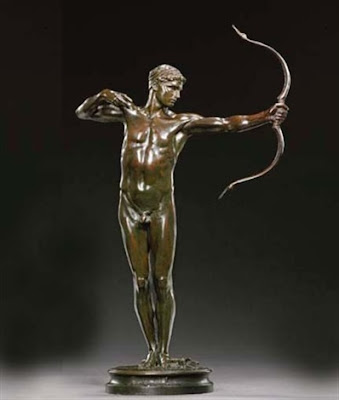 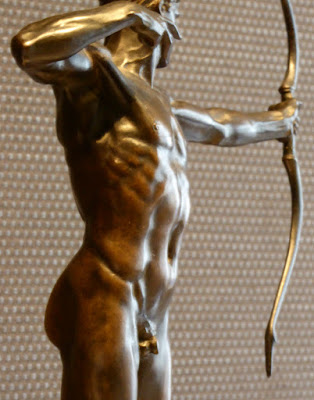 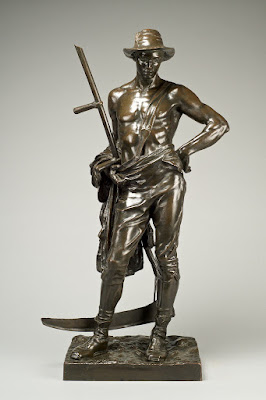 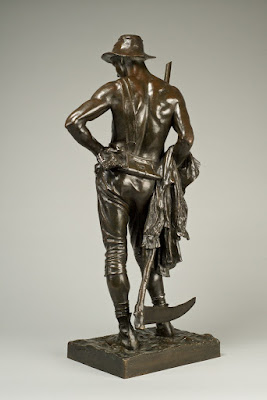 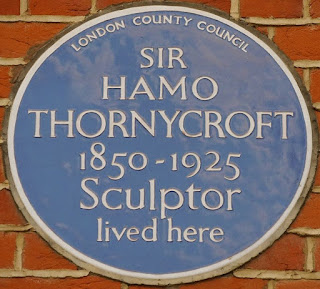 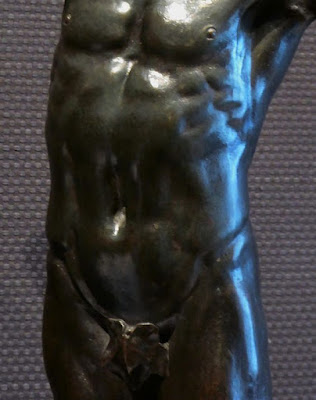 The beautiful males of Ian Rank-Broadley

Ian Rank-Broadley, born in Surrey (England) in 1952, is one of the few successful living sculptors who predominantly sculpts the male figure, and the male nude. Being monumental groups, portraits, small medals, reliefs or attractive life size bodies, he masters the anatomy & the movement, giving you the real envy to touch them. 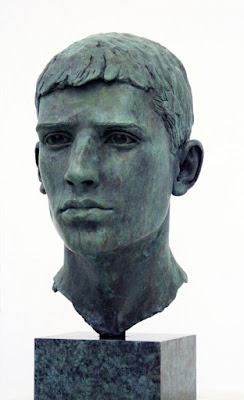 As he declares himself in his website : "'The choice of the male figure / nude as a dominant motif was made quite early when I realised that the female nude had, to a large extent, been robbed of its power by the commercial world of advertising, whereas the male nude still retained a power that could excite, grab attention and shock. The reaction of the spectator to the male figure was stronger, whether out of competition, fear or embarrassment. It proved to be a potent image. For me, the sculptor, this fact reinforced the work with a greater resonance and meaning.'' 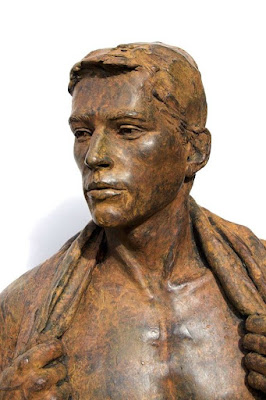 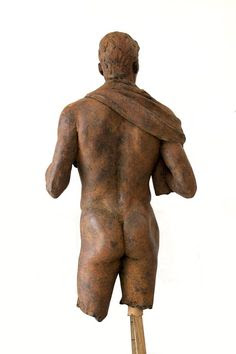 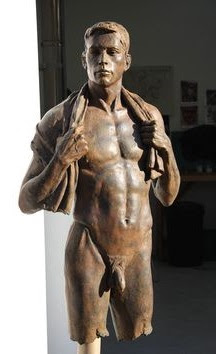 Many of Ian Rank-Broadley sculptures have a classical influence, like his Heroic Torso and fragments etc. The towel on the work above gives somewhat a more contemporary look, which I like a lot as well.

Below is his large sculpture in bronze 'Towards Another'  life size.


And here some of his reliefs (you can read the inspiration of these on the sculptor's website).
A private collection holds this Heroic Male Torso. More details about the lizzard in his website! 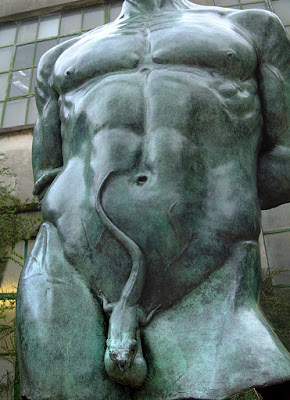 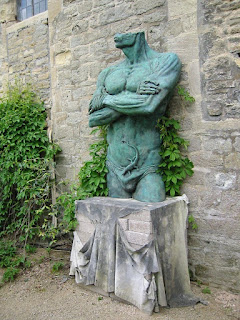 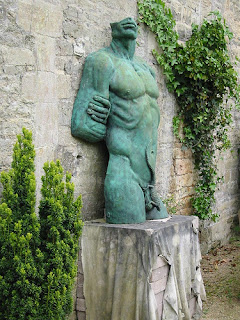 One of Ian Rank-Broadley major projects is the Armed Forces Memorial, at the National Memorial Arboretum at Alrewas, near Lichfield, in Staffordshire. Mythology (with Achilles & Patrocle) and symbolic (sun rays) play a role in these two groups of sculptures 'The Stretchers Bearers' and 'The Gates'. See the full story, more pictures and description in the link at the end of this post under 'Sources'.

I encourage you to visit his website to get a full idea of his talent and discover his other sculptures, like the acrobat, the swimmer, and his numerous portraits and medals (see also his coin with the effigy of H.M. Queen Elizabeth II, and the medal 'Prisoner of Conscience').