To end the serie about Icarus sculptures and engravings, here is the contemporary version of this Icarus or fallen angel myth, that I sculpted from a large block of blue alabaster, in 2014. With contrasted texture for the broken wing, and hair, the color of the stone is a great match with the sky, and the pale white clouds of the natural stone is also a nice link with the feathers and sky clouds.

You can see the various steps of the sculpture, starting from the rough stone, on my gay-sculpture  website 'workshop' part. 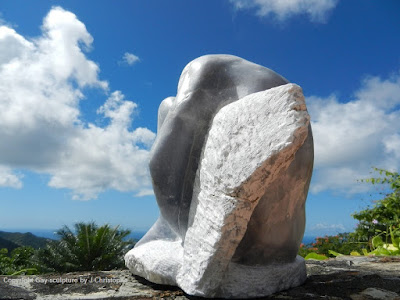 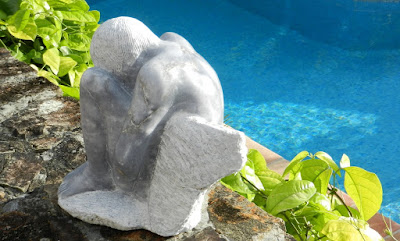 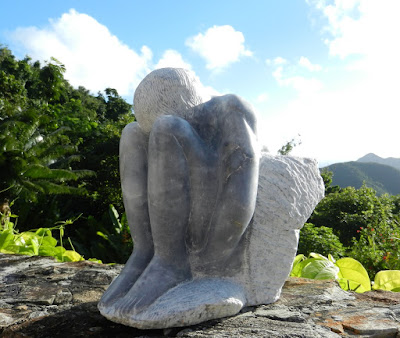 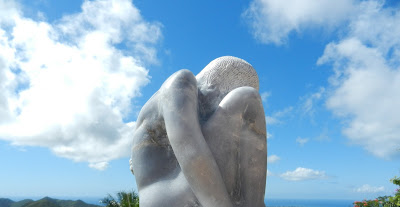 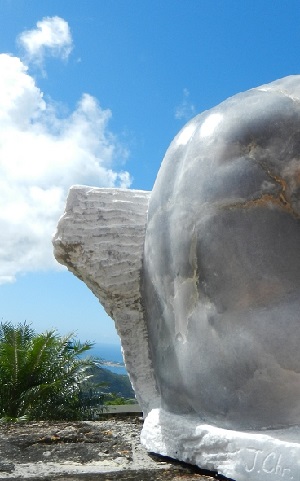 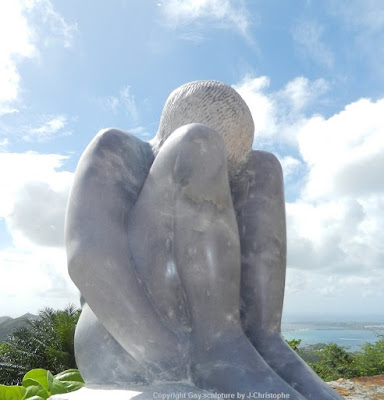 Mercury by Artus Quellinus I

In the Roman mythology, we have already mentioned Mercury in this blog. Today's sculpture is also a Mercury, young God's messenger holding the caduceus. This beautifully crafted bas-relief was executed around 1650, by Artus Quellinus, and is visible in Amsterdam, Holland, at the Royal Palace. 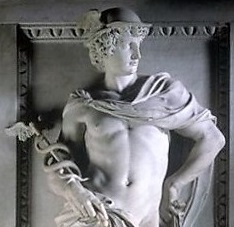 Admire the details : a beautiful tunic on the shoulders, the winged sandals (to travel fast as the messenger of the gods), the caduceus (history of caduceus was also mentioned here in this blog), the purse (symbol of trade), the cockerel (symbol of vigilance) and the goat. Also the foliage and flowers hanging on each side. In Greek mythology, the parallel is Hermes. 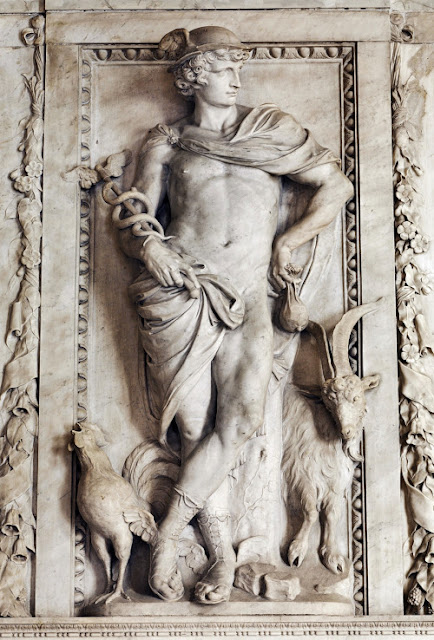 Artus Quellinus the Elder was born into an artistic family, in 1609. He was the son of the respected Antwerp sculptor Erasmus Quellinus I, who teached him the basis of sculpture, and his brothers were artists too (Erasmus became a painter, and Hubertus an engraver).
Artus Quellinus spent 4 years in Rome to get trained, where he met François Duquesnoy, who would influence him with his Baroque style.

He also spent some time in Lyon, then returned to Antwerp. He has worked in Amsterdam, where he got commissions, including the new City Hall (today the Royal Palace) for which he spent 15 years on the decoration, including large bronze sculptures, bas-reliefs etc. That palace became an example for other buildings.

Artus Quellinus I also produced small-scale sculptures such as ivory-carvings. He died in 1668.