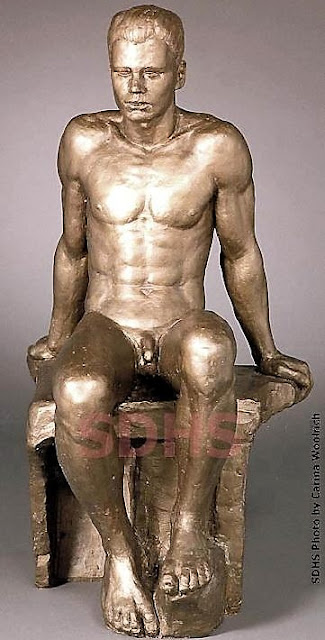 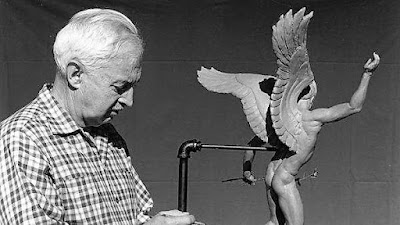 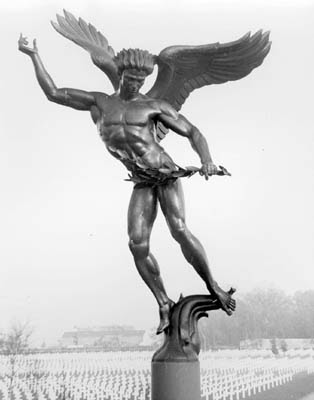 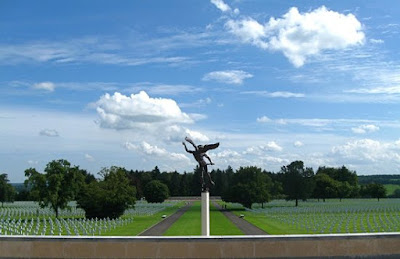 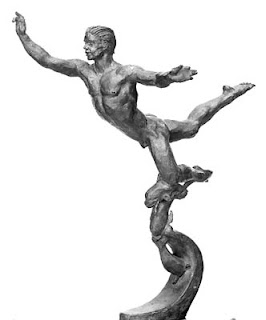 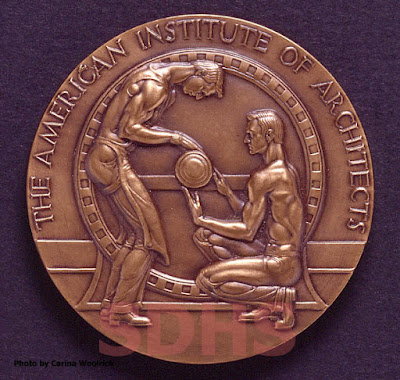 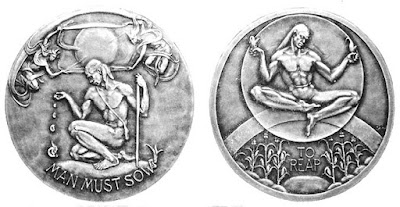 Arthur Volkmann, another German sculptor, was born in Leipzig on August 28, 1851, and had interest for art very early. 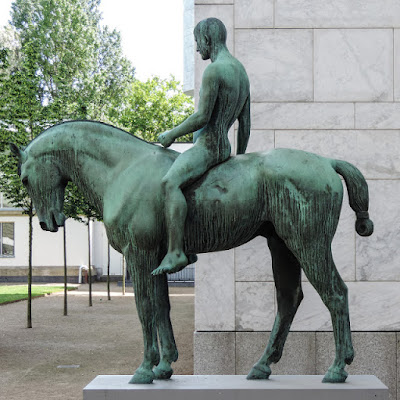 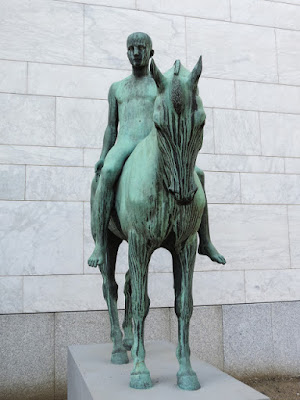 He started studying sculpture at 17, during 5 years, then accomplished his military service, before to further study in Germany, and he also got a scholarship allowing him to go to Italy, in Rome. 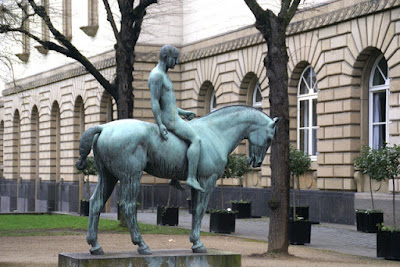 Volkmann was strongly influenced by the painter Hans von Marees who he admired.  Marees painted a lot of scenes with male nudes, sometimes a personal interpretation of mythology like paintings of Ganymede, or Achille. Volkmann tried to apply Marees painting approach to his sculpture work, including coloring some of his marbles.
Volkmann began to paint as well later in his life. 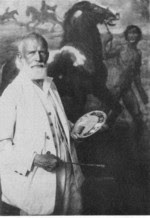 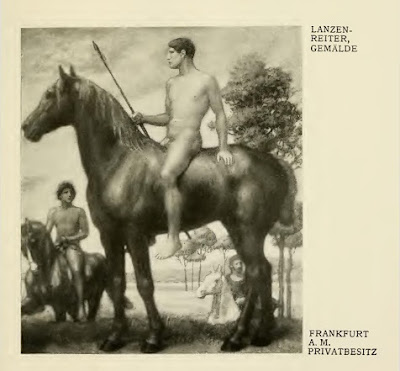 At the end, almost blind, he wrote his memoirs, and some texts to explain his paintings and Marees art vision. He died aged 90. 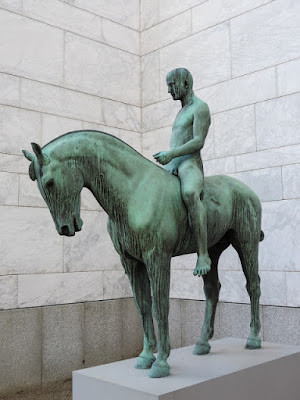