Pierre-Charles Simart was a French sculptor, born in Troyes on 27 June 1806.
Many of his art pieces are located in Troyes, and Paris. For today's post, I will show you his Oreste. 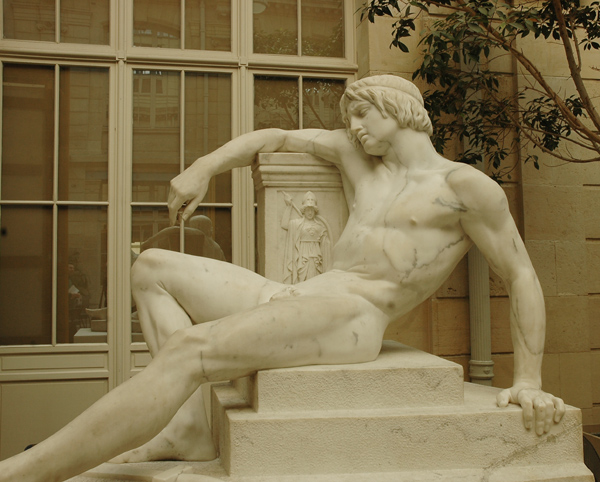 A few extracts from his biography:
Pierre-Charles' father was a carpenter, and his father sent him very early (at 6 years old) to follow drawing classes. While helping his father between 13 and 16 yo, he sculpts inside the family house.

At the age of 17, he got a monthly scholarship from his native town, to pursue sculpture classes in Paris. 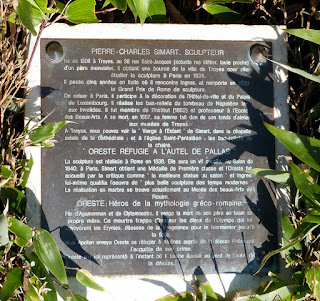 At the age of 27, he already won the first Grand Prix de Rome, with the bas-relief  in plaster 'Le Vieillard et les enfants'.
Regarding 'our' Oreste, one is in marble, visible at the Art museum of Rouen (France).

There is also a similar sculpture in bronze, located Place St Nizier in Troyes (France). 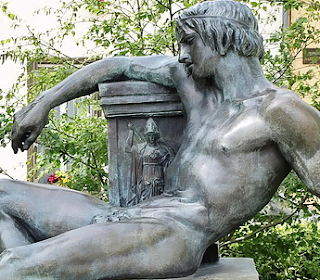 This sculpture, and the myth, also inpired the French artists Pierre & Gilles. Their Oreste art piece, photograph below, was part of the exhibition entitled 'Heroes' organized by the Gallery Templon in Paris in 2014. 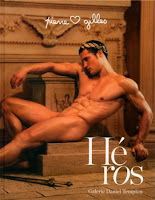 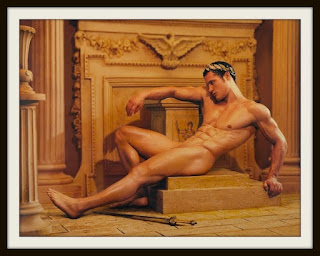 Other works from Pierre-Charles Simart include 'decors' for the Paris townhall such as 'Architecture' and 'Sculpture'. Last but not least, he sculpted during 6 years the tumb of Napoléon 1st in Paris' Invalides, including not only the famous statue itself, but also the 19 allegoric bas-reliefs.

He was an elected member of the Academie des Beaux-Arts in 1852.

He 'stupidly' died in Paris on 27 May 1857, reportedly falling from a public bus. 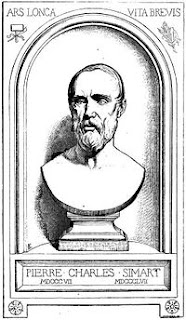 Sources:
Wikipedia
Jacques Schweitzer website about the fabulous city of Troyes
Posted by J-Chris at 1:14 PM