Dupré's family originated initially from France, but settled long time ago in Tuscany (Italy). Giovanni Dupré was born in Siena in 1817, and died in Florence in 1882. His father was already a carver (in wood). 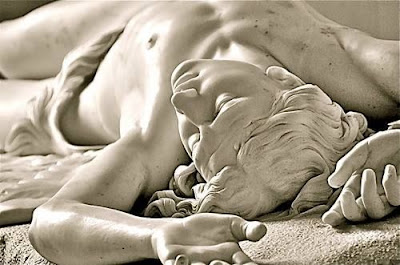 The Abel marble sculpture, seen above and below, was achived in 1842, and greatly contributed to his reputation, as it was purchased by the Grand Duchess Maria Nikolaevna, Duchess of Leuchtenberg (wife of Maximilian de Beauharnais).  The marble sculpture is visible at the Hermitage Museum.
And here is the bronze copy, casted later, and now displayed at the Palazzo Pitti in Florence.

Numerous sculptures done by Dupre can be seen in Tuscany, like the Savonarola bust, which is visible in his cell at the monastery of San Marco in Florence. And a museum existed previously, managed by a relative of Dupre (Amalia), located in Fiesole, a wonderful hill near Florence. Unfortunately that museum is now closed. 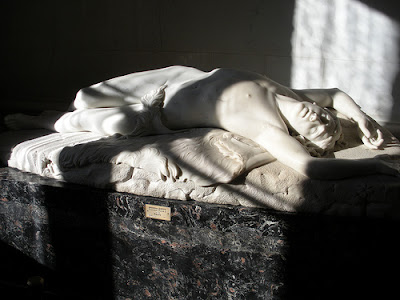 Dupre wrote his memoirs (Pensieri sull'arte e ricordi autobiografici) in 1879, and it was later translated into English by F. Peruzzi (Edinburgh, 1886).
You can have access to it easily here with the project Gutenberg. 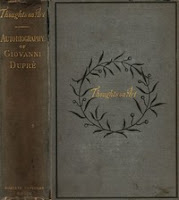