Mowgli and the Jungle book in sculptures

Mowgli and the Jungle Book characters sculptures are well spread in the world, showing the extent of Rudyard Kipling's values transmission and interest. They can be seen in Australia, Belgium, France, Holland, UK, USA, Korea, Ukraine, Russia, ... They are made of clay, bronze, stone, copper, lead, sand, wood, and even ice. 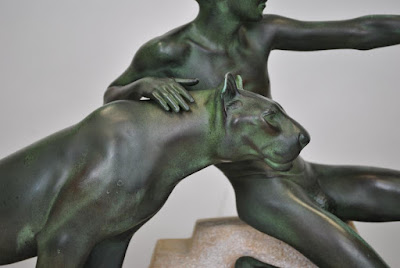 Rudyard Kipling's books (The Jungle book / Mowgli, Kim, ...) greatly influenced Lord Baden Powell to create the boy scouts movement in 1907, who integrated these stories with Kipling's agreement, in order to build his education themes for the youth of that time, and still today. Such as outdoor living, team play, qualities or virtues of each animal to be acquired, like leadership, courage, strength, wisdom, tenacity, brotherhood, etc.

So here are a few examples. First from Max Le Verrier, famous French sculptor known for his art deco sculptures, who made this Mowgli in 1925. 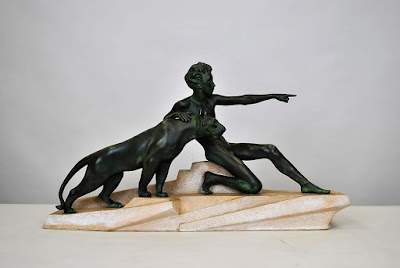 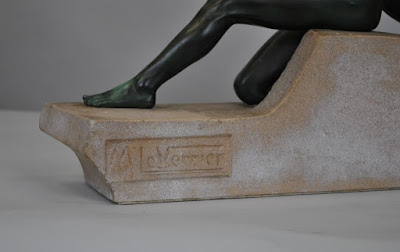 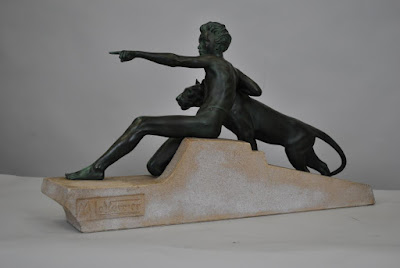 A few years later, Raymond Delamarre also a French sculptor, who read the Jungle Book as a child and loved this book his whole life, created a large bas-relief for the dining room of Jacques Dembiermont villa, in Brittany, around the Mowgli theme. Delamarre did several sketches, looking at the live animals in the Paris 'Jardin des Plantes'. 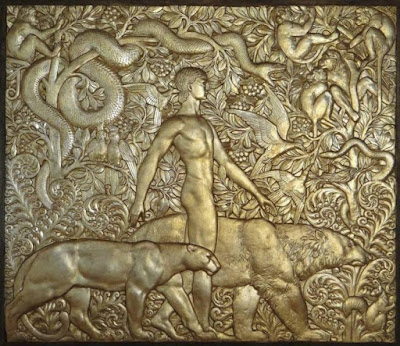 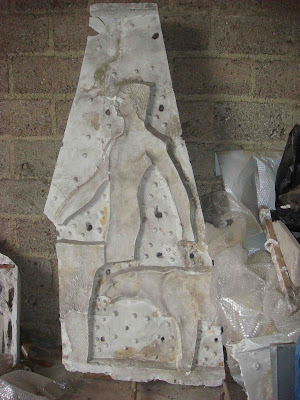 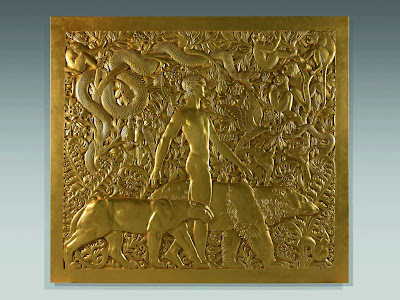 This bas-relief impressed many architects, so Delamarre agreed to create a few more for the purpose of large decoration projects in the following years. He also made this sculpture. 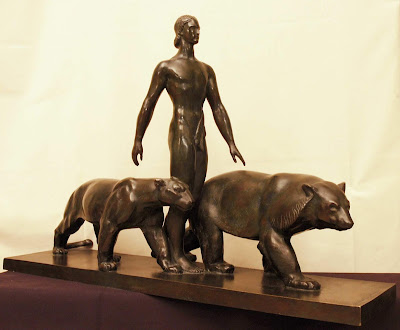 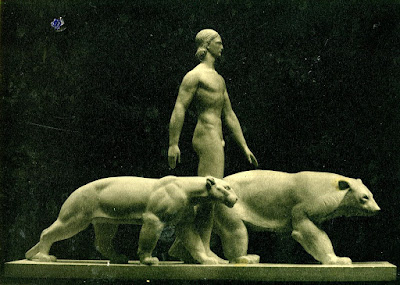 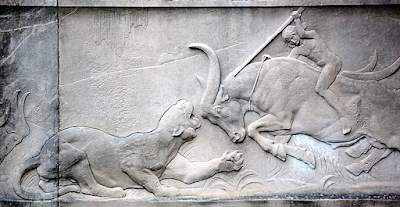 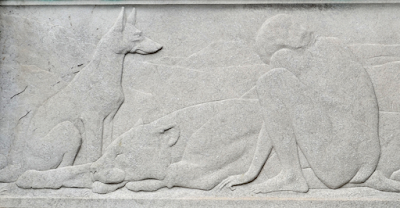 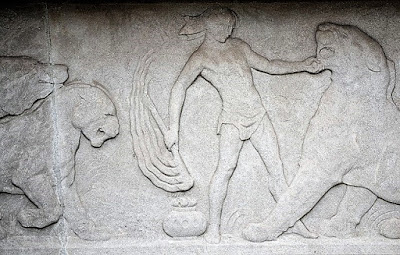 Here a few other Mowgli sculptures.


Below are three sculptures or bas-relief from John Lockwood Kipling, the father of Rudyard Kipling, the first one showing Mowgli on a cliff before jumping in water to escape wasps. 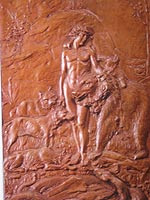 Other sculptures from Mowgli.


This one is located in Ukraine, at the Nikolaev zoo, and was sculpted in 1978 by Inna Makushina.

This is a Mowgli sculpture made with ice, during the winter 2009-2010 in front of the designer outlet in Roermand, Holland.

And here is a memorial plaque in lead, modelled by Benno Elkan, located on the Kipling Building in Windsor, UK. 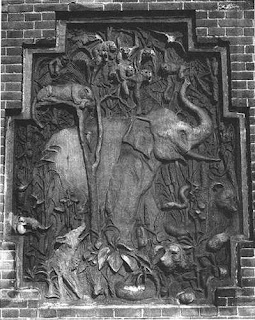