The challenges in Northern Ireland were represented by the Irish sculptor Maurice Harron, through his 'Hands accross the divide'  metal sculpture made in 1991.
Maurice Harron studied sculpture at the Ulster College of Art and Design in Belfast. 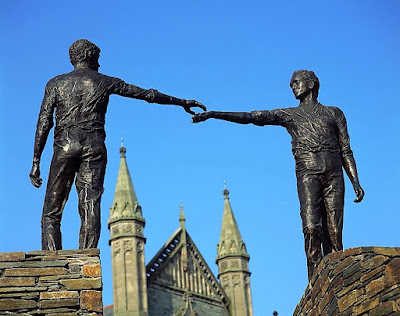 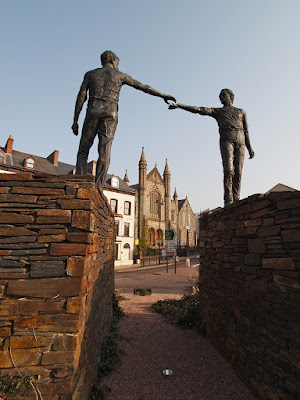 Two men, each belonging to opposing groups, standing on top of a wall, still searching to live in peace and harmony. And what seems a huge pit between them. 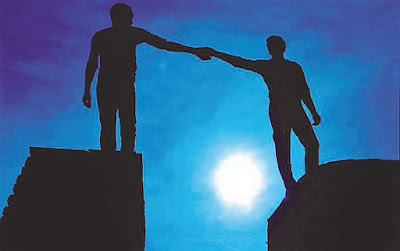 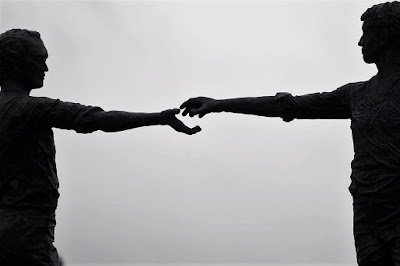 The monument is located in Derry (LondonDerry), on Carlisle Square. The sculptor Maurice Harron is from there as well. Done in 1991, it was unveiled the following year, to celebrate the 20th anniversary of the 'Bloody Sunday' during which 13 persons were killed by the British Army during a civil rights demonstration. 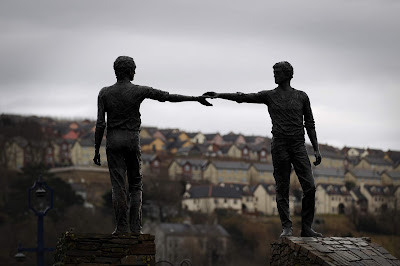 Sources
French text about the sculpture
Britain Magazine
Posted by J-Chris at 6:28 PM