The Perseus by Benvenuto Cellini is a dream for a sculptor, both from the aestethic point of view, superb, but also due to the techniques used to create this masterpiece close to 10 feet high (without the base). And for a gay perspective, well, it is a very nice muscular body, from head to toe... :)


The following text is adapted and translated from Wikipédia (English and French as both versions do not focus on the same elements) - the French version describes in details the sculpture technique used by Cellini like a thriller!. 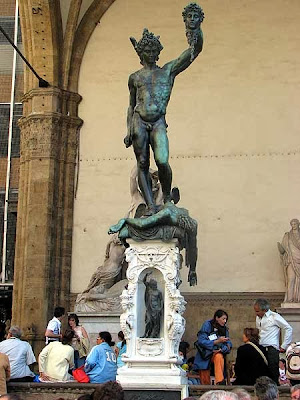 Perseus with the head of Medusa is a bronze sculpture made by Benvenuto Cellini in 1545. It lays on a square base, and is located in Florence (Italy), Piazza (place) della Signoria.  That imposing place had already stunning sculptures such as the one in pure Carrara's white marble 'David' from Michelangelo and others. 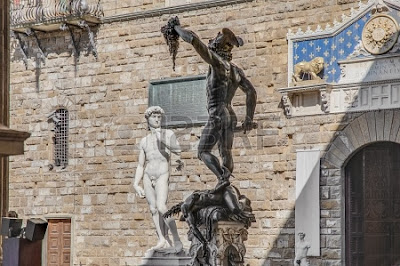 Therefore the Duke of Florence, Cosimo I de Medici, wanted to leave a strong and lasting impression with his new commission to Cellini, who just left France and the king François I to come back to Florence.
The subject choosen by Cosme I is the mythological story of Perseus as it contains numerous symbols he wants to exploit such as Perseus strength, courage, overcoming all challenges, fearless, his destiny, and beauty's victory over ugliness. Cosme I asked Cellini to sculpt Perseus raising Medusa's head in his hand, as it would symbolize Medici's victory over Republicans, and superiority of good over evil. 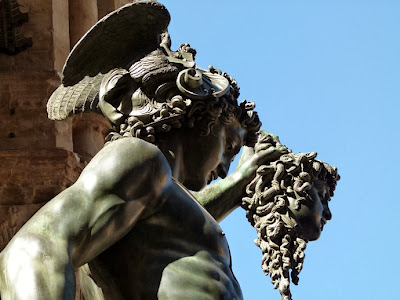 The Wikipedia description of the statue : " Perseus stands naked, except for a sash and wingel sandals, triumphant on top of the body of Medusa with her snakey head in his raised hand. The body of Medusa spews blood from her severed neck. " 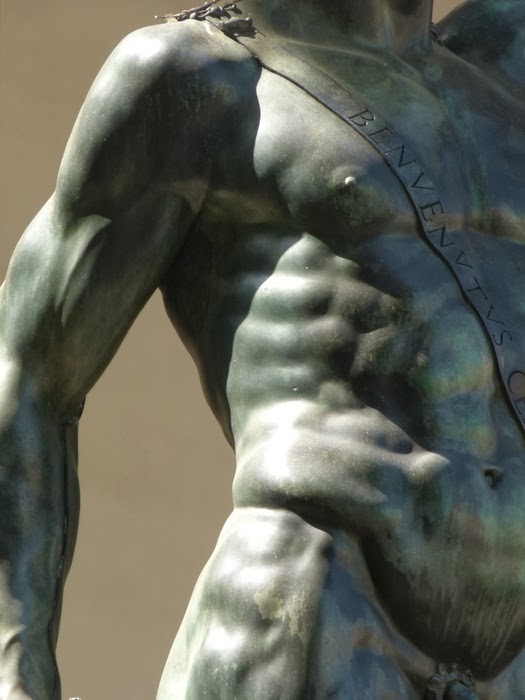 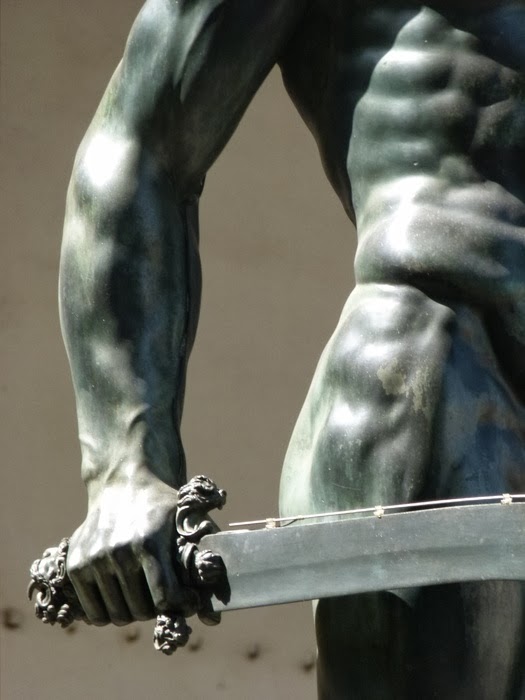 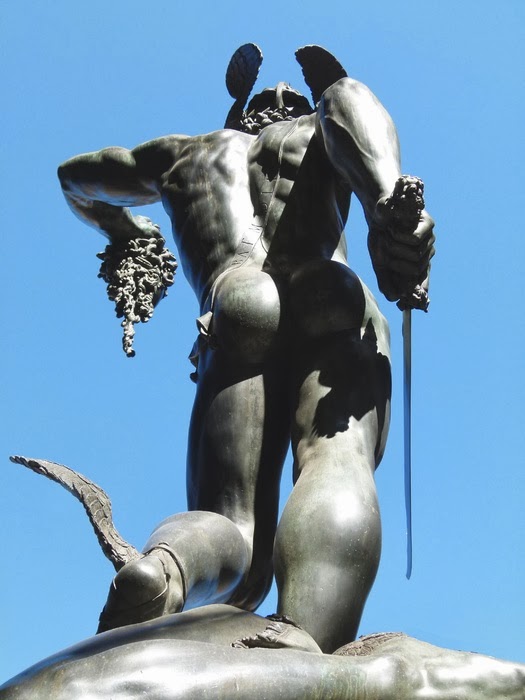