Aroldo Bellini was born in Perugia in 1901, had his training at the Academy of Fine Arts, and went to Rome in 1932, where he executed most of his sculptures for the Stadio dei Marmi. He was part of the project to create a gigantic monument for Mussolini, the Duce, which was planned to be taller than the Statue of Liberty in New York. But he only achieved a foot, and the head, before the fall of the Mussolini's regime. 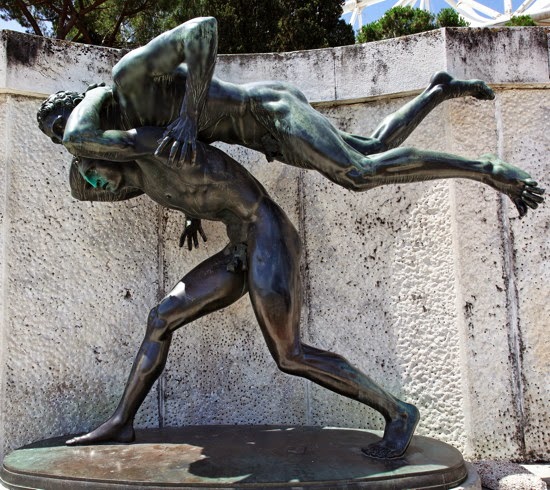 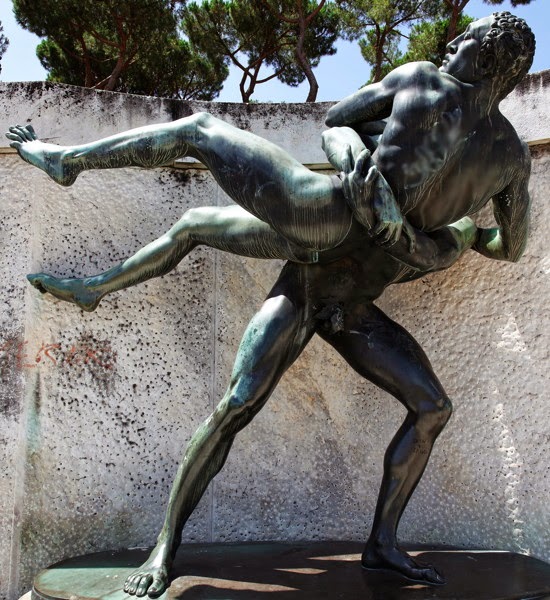 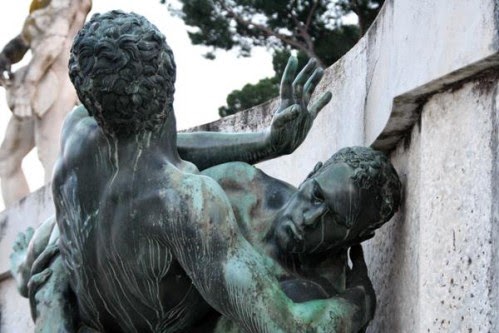 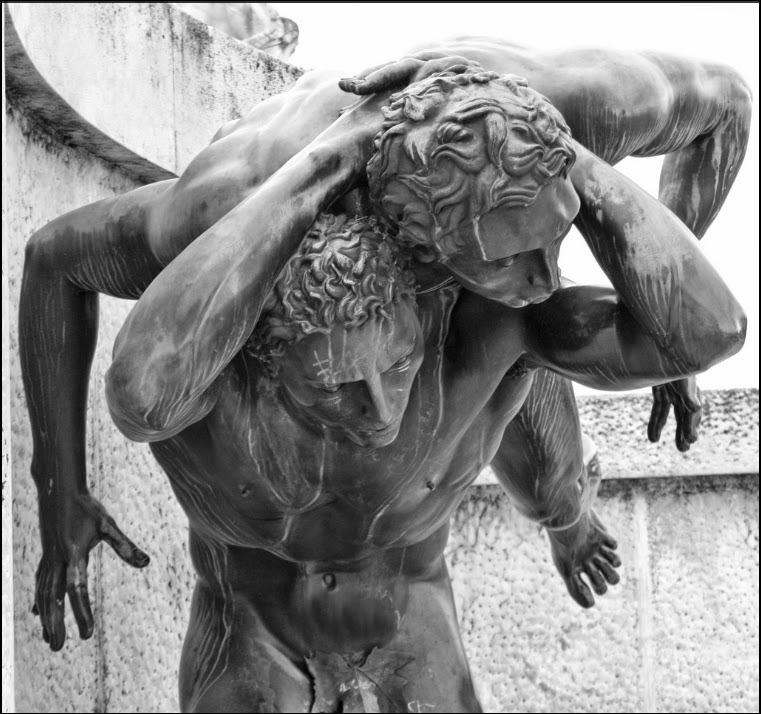 And two other single athletes have been represented in bronze, including one archer. The sculptor is unknown. 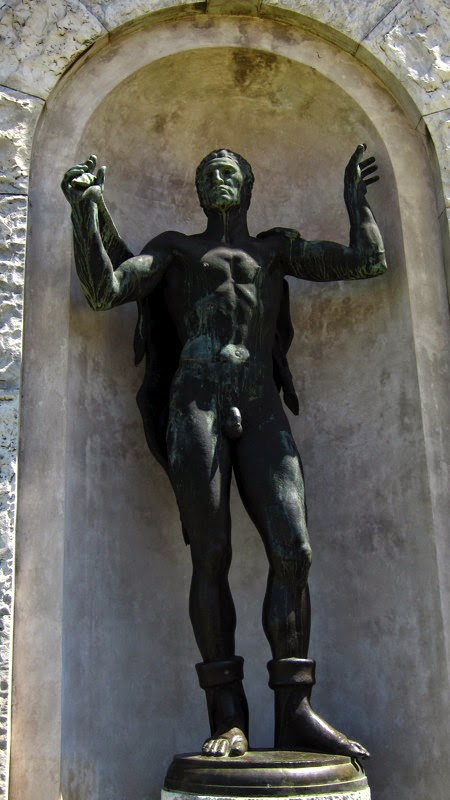 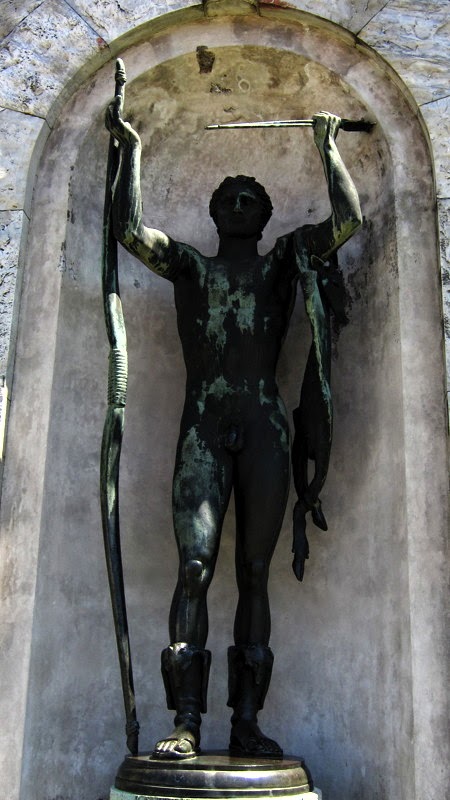