If you want to admire nice male Olympic athletes sculptures, we suggest you travel to Rome (Italy) where is probably the largest outdoor collection of double-than-life-size (12 feet) white marble sculptures, most of them naked or with just some accessories. Just go to their Stadio dei Marmi (Marbles' stadium), in the North of the city. 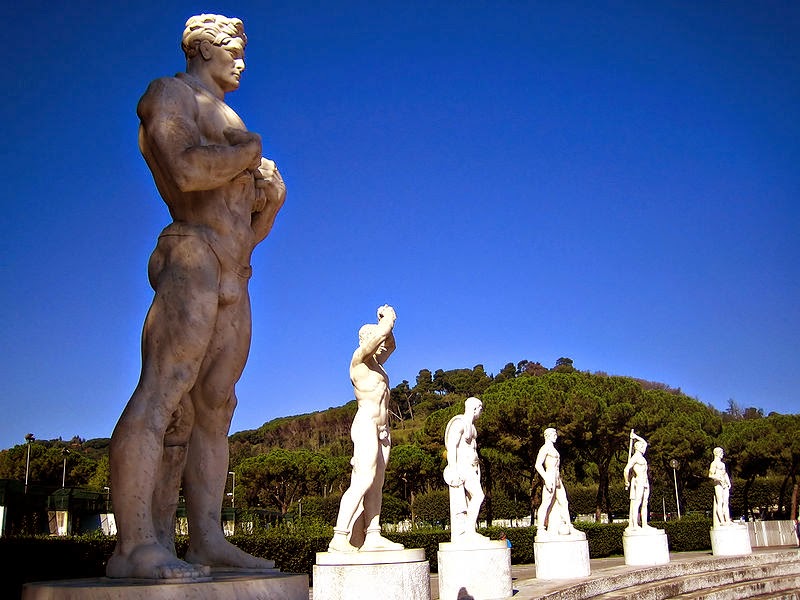 It is located in the 'Foro Italico', a large sport complex which includes a running track, a soccer field, the Sports stadium, and an Olympic stadium, all designed in the 1920s by Enrico Del Debbio, and built during Mussolini's fascist period in Italy. 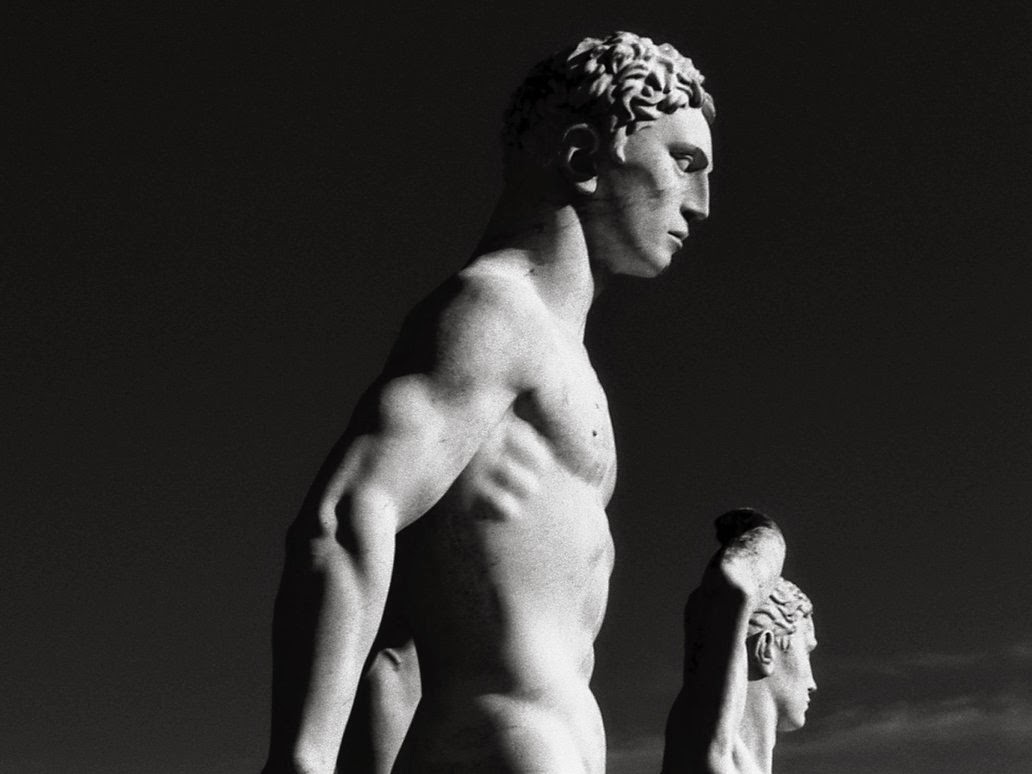 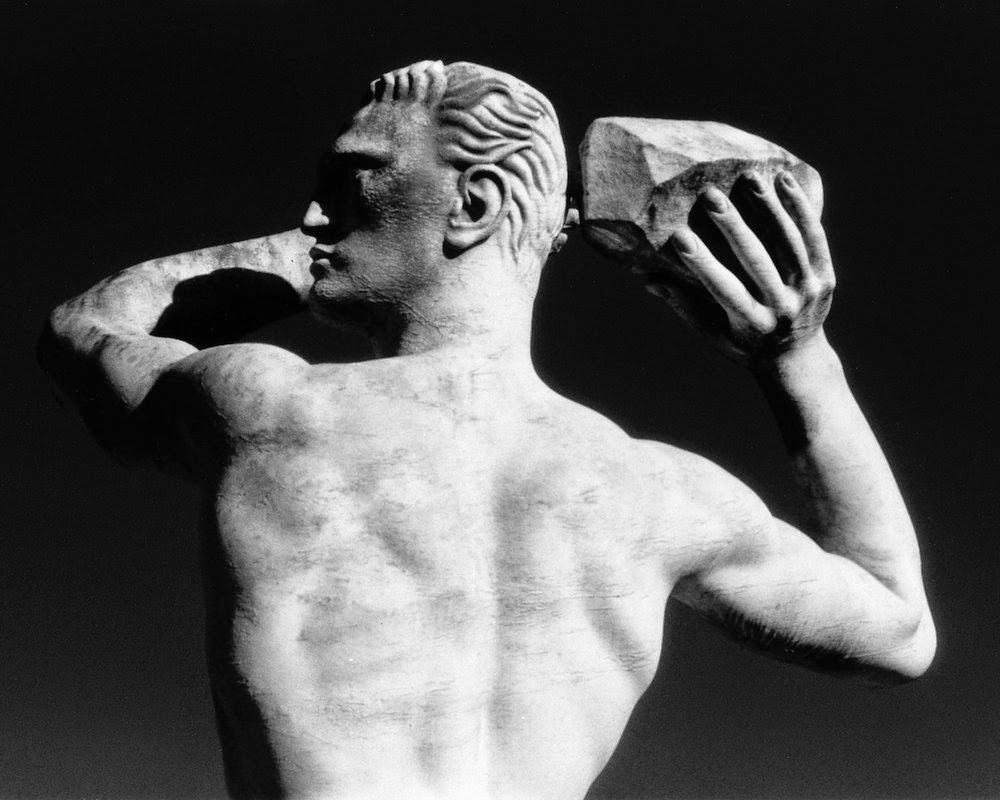 It is a beautiful location on the banks of the Tiber river, surrounded by the nice hill of Monte Mario. Some bronze fig leaves have been added to cover the athletes' nudity. 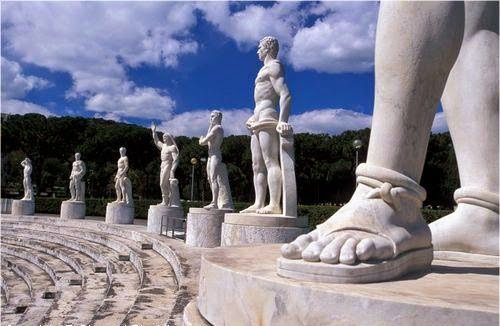 Next to it was the Academy of Physical Education, which today is the seat of the Italian Olympic Committee. We will see in another post some mosaics from that Academy building.

It took 8 years to be achieved. Each sculpture was offered by a province of Italy. The stadium was inaugurated in 1932.
More recently, it hosted some of the field hockey preliminaries for the 1960 Summer Olympics, and the Stadio dei Marmi was also the host for the 2009 World Aquatics Championship's opening ceremony. 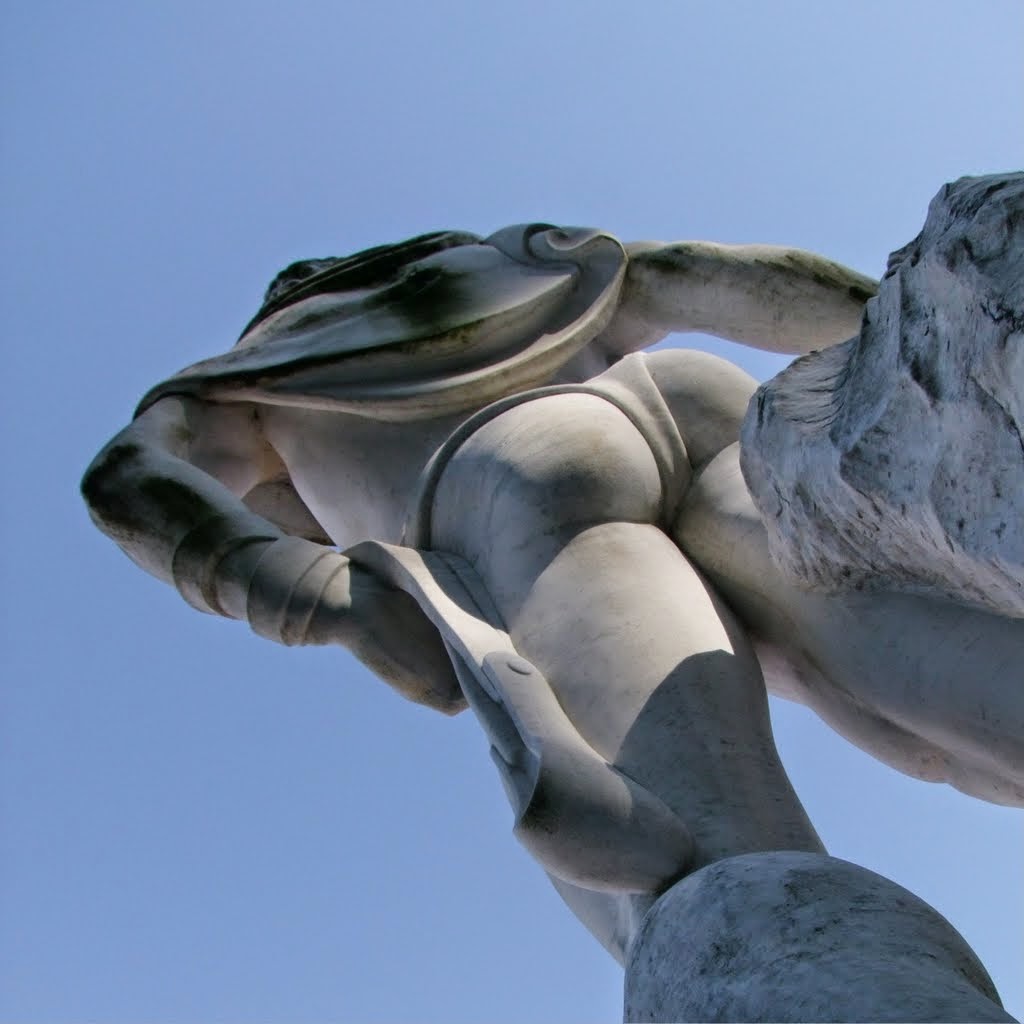