George Minne and his kneeling youths (1)

George Minne, Belgian sculptor, contemporary of Egon Schiele and Gustav Klimt, was close from my grand father. I became aware of George Minne work and his kneeling naked young men thanks to my father. Although I would not classify this sculptor in the 'gay world', some of his sculpting work, which got international recognition, could be of interest by his strong ability to express a fragile masculine beauty with his famous naked kneeling young men sculptures, as seen below.

George Minne was born in Ghent, Belgium, on 30 August, 1866 as the son of an architect. We do not know a lot about Minne's childhood years. He got a strict discipline at school, this may have given him his introverted nature. He did many drawings, and aged 13, he left the primary school and went to the Academy of Fine Arts of Ghent.

Aged 17, George Minne decided to take painting lessons at the Academy of Fine Arts of Ghent. His parents did not agree with this choice, and forced him to start architecture lessons which was supposed to provide more financial stability, and with a better social image. But George Minne quickly went back to his artistic inclination. As a student, he met the painter Valerius De Sadeleer who became a friend. ﻿﻿

Three years later, aged 20, he left the Academy and got a working artist studio in the old centre of Ghent. The artist developed a very expressive, direct, simple language. And as he became friend with key French speaking symbolists writers from Ghent, like Maurice Maeterlinck, they influenced each other and Minne started an ever more introverted kind of sculpture. 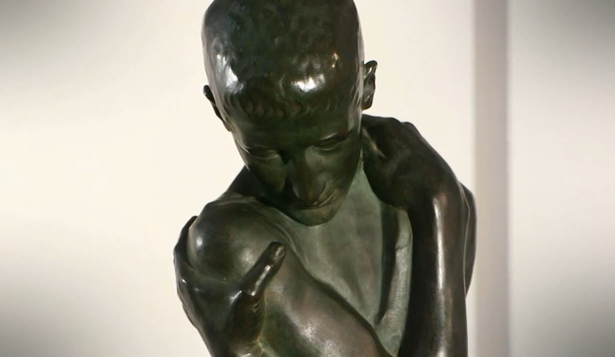 Minne first exhibition happened when he was 23, at the Tri-Annual Salon of Ghent. He presented two sculptures. One is shown below, called "Small Injured Figure". It was the first example of the sculptor's solitary naked youth with spread legs.This exhibition gave him very positive support from Emile Verhaeren in the leading art newspaper L'Art Moderne. 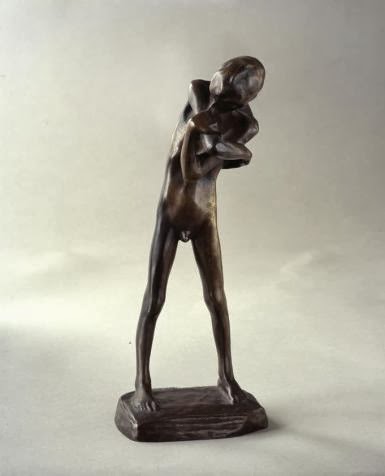 Minne liked Auguste Rodin style, and reportedly wanted to work with him, but it is said that Rodin, seeing some of Minne's work, mentioned he could not further teach the young artist any more.
Minne moved to Brussels end of 1895, were he started an exceptionally creative period, with for example the below sculptures.

His 'chef d'œuvre' is considered to be the 'Fountain with kneeling youths' from which many versions exist and were created (in plaster, bronze, stone). The first work was done in 1898. 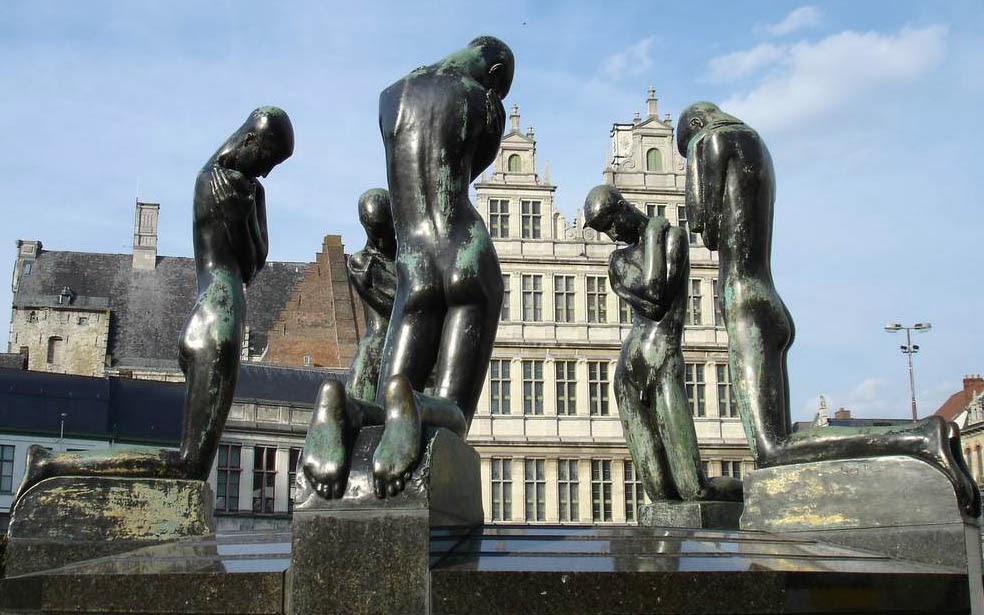 In Brussels he met famous people from the art world, like Henry Van de Velde one of the founder of the Art Nouveau in Belgium, he also met the sculptor Constantin Meunier, and the art critic and art nouveau expert Julius Meier-Graefe, who would play an important role in Minne's reputation abroad as we will see in our next post.